Were you encouraged to create? 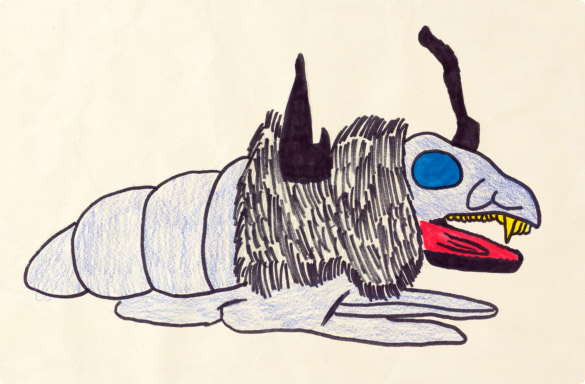 I was visiting my friends Chris and Sameen last night and the topic of creativity in our younger years came up. This prompted a great discussion about how much we were encouraged as kids to nurture our creative side, whether that was through art classes, school projects, extracurricular activities or whatever we had access to.

It’s very unfortunate that we live in a time where it seems art and music are the first areas that are cut when budgets come down, resulting in fewer creative access points for kids growing up. I graduated from high school in 1995, so I’m a little bit foggy on what exactly is happening in the creative world that encourages kids in elementary, junior high and high schools to keep drawing or painting.

Personally, in elementary school we had an almost weekly art class where we could draw or use the schools’ supplies to make things, which was all kinds of fun. In junior high I had access to a music class, and a monthly art club . . . not exactly an environment that endorsed creative exploration. Then once I reached high school, there was nothing. No music class, no art class or club, just a lot of Friday nights sitting at my drawing table doodling pictures of Superman.

That being said, readers, I’d like to open the floor to you. I know the age ranges and geography of people who read the blog are quite varied, so I would like to pose you a question. Before you entered into any college or anything, were you encouraged to create when you were going through school? Did you have classes available? Were teachers understanding? Did you have friends who were into art as well?

Tell us your story.