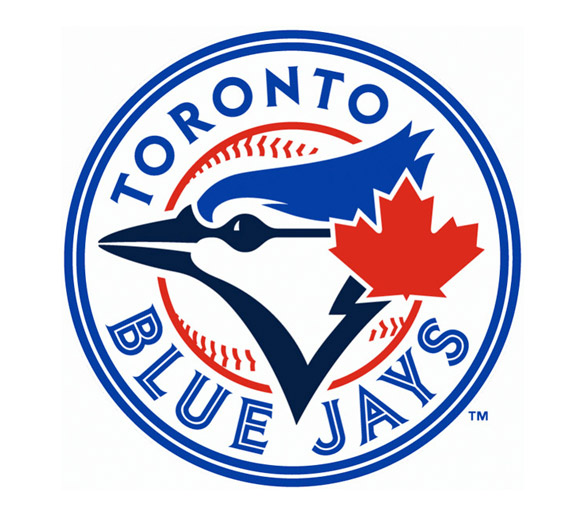 So here’s the thing. I’m a Canadian boy and, growing up back in the 80s and 90s I was a die hard Toronto Blue Jays fan. From the classic line-up of Bell, Gruber and Moseby right up until they won back-to-back World Series’ in ’92 and ’93, I was cheering for my Jays. And you know what a big part of that was? The logo which they’ve used since ’77.

But in the late ’90s it seemed the norm to “re-brand” sports teams like nuts. It drove me crazy because so many of the classic logos were perfectly sound without need of a re-design AND all sports team logos started looking the same. Some kind of angry animal or whatever busting through a wall. No respect for the legacy of the team … just something the marketing people would say “looks cool”. Screw you.

My Jays were no different. In ’97 they revised the classic logo which made the Jay look over-weight, like he ate too many of them ballpark franks after the World Series wins. Then in 2003 … geez, I have no idea. A blue jay getting friendly with the Texas Rangers? A maple leaf tattoo on his “bicep”? Ugh. 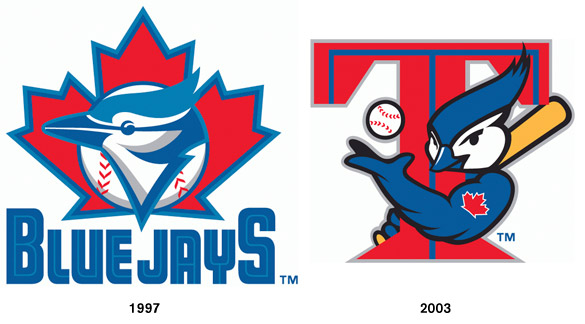 And then in 2004, full-on generic angry blue jay logo complete with the beveled “Jays” hunk o’ turd. Zero reference to 27 years of the club’s history. Looks like every other logo across 3 sports in North America. Being a longtime fan and a designer, this was a disappointing reveal when it happened.

In all honesty, I lost track of my Jays in 2004 mostly because the identity of the team, to me, was totally stripped. The team I had loved was gone and replaced by … well, these guys. Yes, I understand players come and go as time goes on, but there was NOTHING familiar to me anymore. They even had black uniforms. Black uniforms on a team with BLUE in the name.

Why am I going on this tangent? To offer a nice contrast to what happened last week. The Toronto Blue Jays unveiled their new logo and uniforms and when I clicked the link to see, 7-year-old James cheered his ass off. After 14 years of seeing that other team playing the part of my Blue Jays, I was thrilled to see my guys come back. Kind of teared up, I’m sure you can see why. 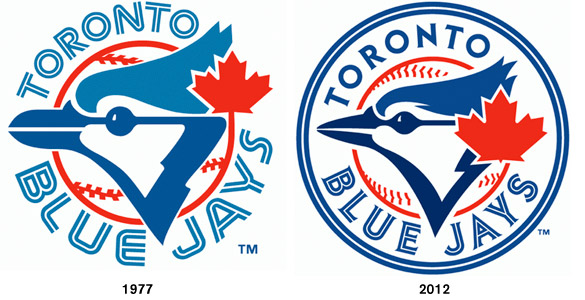 There’s going to be people whining about the new type, or line thickness, or colours, or that face that they think the Blue Jays suck, but I don’t care. Keep it to yourself.

To whomever was in charge of pulling off the Blue Jays new identity, a huge high-five on this one. You brought them right back to when every kid in Canada was a Jays fan. Simplicity and respect will always win.