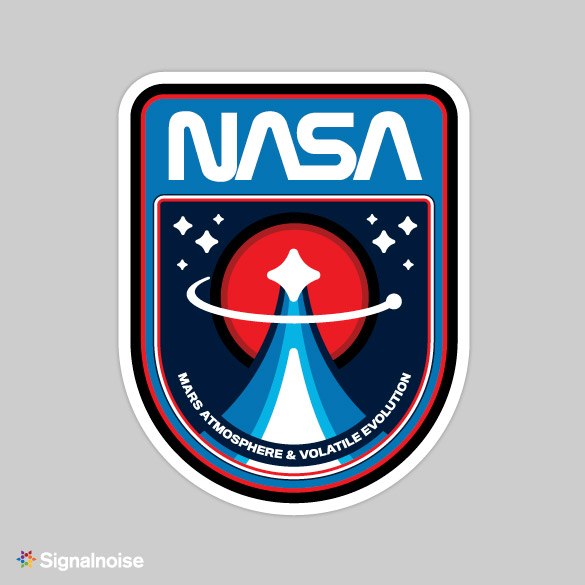 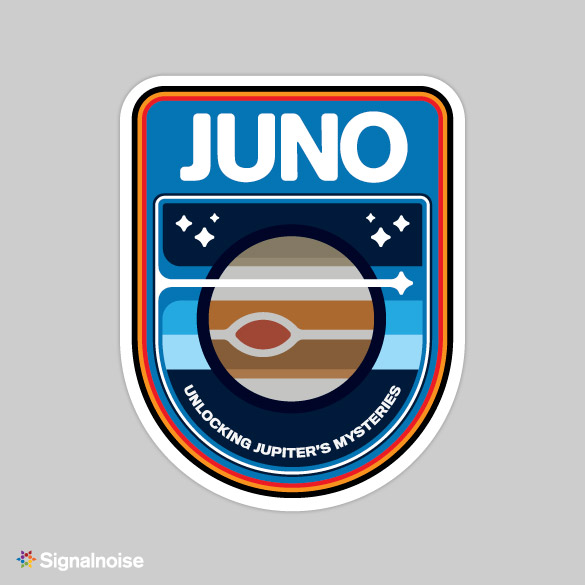 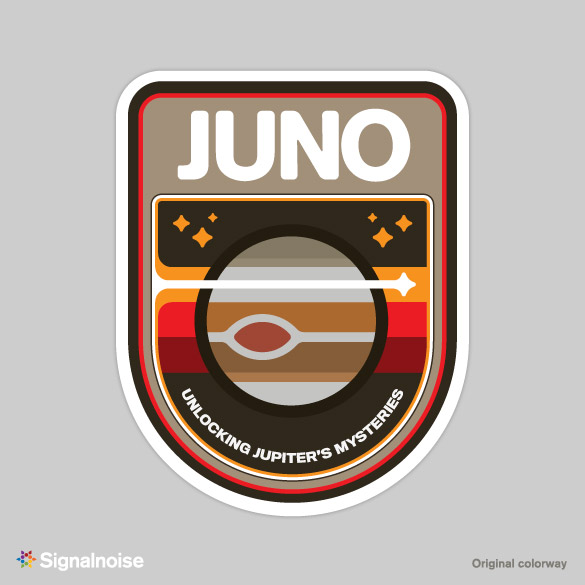 Whenever someone asks me what my “dream job” would be, I almost always say “I’d love to work with NASA.” I was never too specific about it, just touching on that I feel space exploration and the advancement of science is important and it’s something I’d like to help through visuals. When I was a kid in the 1980s we were still very much engrossed in everything to do with space shuttles, the moon, SkyLab and whatever else. I was a space kid, and still am.

Over the last few years I’ve messed around with doing a NASA poster on my own time, but I never felt posters were really the hook. Just not very applicable to what NASA might need. But mission patches … there’s something I’d love to do. Something simple and iconic, embroidered on a jumpsuit. Now that’s cool. So I dug up some inspiration from my childhood and got to it.

So here are 2 mission patches I designed for a few things going on a NASA these days. The first is for MAVEN (Mars Atmosphere and Volatile EvolutioN) which launches in 2012, and the second is for the recently launched JUNO mission to Jupiter. I included the initial colorway for the JUNO patch before I switched to the blue palette. I liked the original, but it didn’t speak “NASA” enough.

Hey NASA, drop me a line if you want to talk. Would love to work with you!