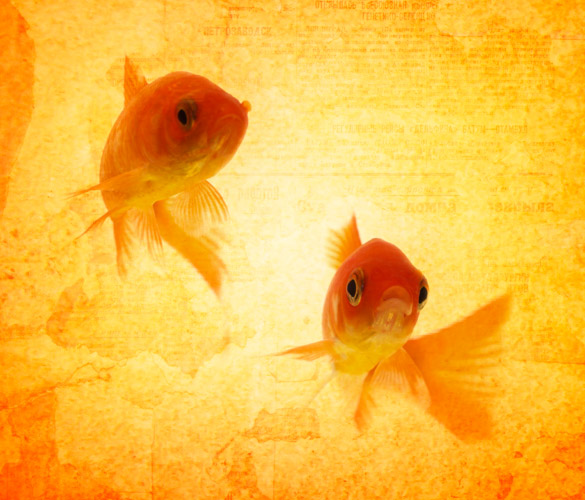 First thing this morning I followed a link dealt on Twitter by friend Tom Muller entitled You Are Not a Designer and I Am Not a Musician. I’m not one for reading high-falootin articles labelling people this and that, but this article is very well written and got the gears turning. I enjoy articles like that. Interesting points, makes us question our progression and all that, something we should all do to keep things in perspective.

Then, right after that I went to check out someone’s new design and caught a comment below: “This is great! You should write a tutorial on how you did it.” Since the gears were already turning, this one little comment kind of hit home. Right time? Wrong time? Who knows, but here we are.

I got into using Photoshop and Illustrator way back in ’95 when the internet was still getting it’s footing. Years before it would transform from something neat to something very useful. And certainly long before the rise of the tutorial. Back then we had nothing to go on, just the small classes on how to use the basics to create projects in school. Outside of that, thousands and thousands of hours noodling around. In order to achieve new things we had to figure it out. Just want to repeat that, we had to figure it out.

Most of what I know about Photoshop came from one of my favorite artists, Dave McKean. Back in ’97 he and Neil Gaiman released a children’s book called The Day I Swapped my Dad for Two Goldfish. Beautiful book with brilliant artwork by McKean. I spent hundreds of hours pouring over the pages, closely inspecting his art and dissecting the layers of texture. Looking at the effects on his hand-drawn linework. Trying to discern what was paint, drawings, photography or scanned texture. Then jumping into Photoshop (or my sketchbook) to figure it out. I failed miserably most times, but that wasn’t the point. I learned a huge amount about how Photoshop worked … but more importantly, how I worked.

Fast-forward to now. We have a crazy amount of great tutorials online. Some of my best friends are tutorial wizards who have created a living doing so, such as Fabio Sasso and everyone at the Tuts+ Network. The most important reason I think these resources are valuable is because they teach people technique outside of base-level knowledge of graphic software. They show a concept, then how to make it. Awesome. I’m a big advocate of helping people out, and it’s one of the core reasons I run Signalnoise.

That comment I mentioned above, I’ve been seeing that more and more these days and it’s concerning. When I read that today an immediate translation popped into my head: “I don’t want to figure this out, so why don’t you just tell me?” That’s it, and that’s big. So many levels to that which can’t possibly by contained in one blog post.

I learned skills from my time with Two Goldfish which I still use today. Heck, I used them in creating that graphic above. I’ll probably use them forever. No step-by-step instructions, no downloadable pre-made assets. Just a kid with Photoshop and a lot of time on his hands. That’s what it comes down to.

So why on earth am I writing this? Well, I’m getting the impression that more and more people are becoming dependant on tutorials for what they make. That makes me sad because it’s the complete opposite of how I learned. If you only do tutorials without exploring things on your own, then you learn only 1 thing: how to read. They’re a wonderful place to start, but it’s up to you after that. You should figure out how to do that thing you want to make instead of waiting for the tutorial to emerge. What does Fabio do before he writes his great tutorials? He figures it out.

When you figure things out for yourself it stays with you forever. It’s a sense of pride and richness. It’s an adventure. It’s fun. Because of that, those 2 little goldfish are more valuable to me than all the tutorials in the world.