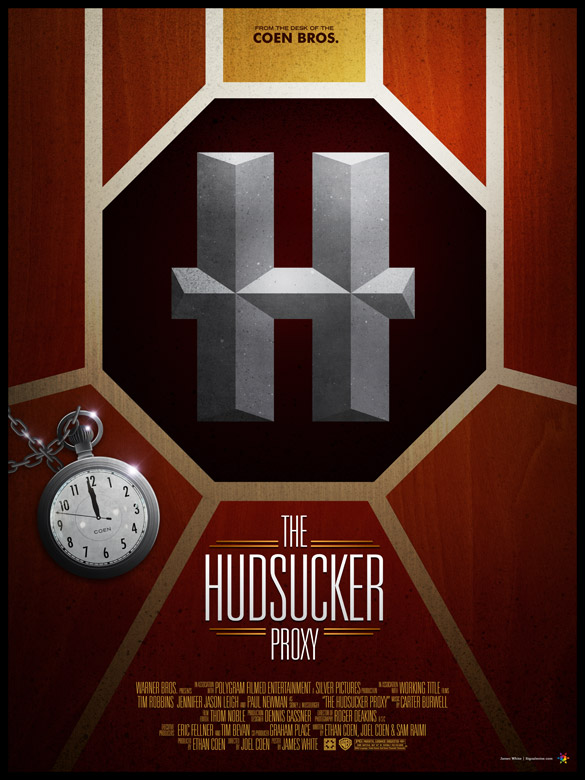 Here is a Signalnoise poster for the film The Hudsucker Proxy by the mighty Joel and Ethan Coen. My pal Dave Howlett gave me the DVD for Christmas of last year as I’ve been talking about wanting to see it again for quite some time. So a few weeks ago I threw Hudsucker on and had a sketchbook close by in case any poster ideas hit me.

I sketched up the initial ideas for this poster after watching my favorite part of the film, when Waring Hudsucker runs down the boardroom table and dives out the window (not a spoiler, happens at the beginning). He does this after hearing a record breaking financial report, and doesn’t say a word for the entire scene. Love it, see here:

The Hudsucker Proxy is rich with visuals and I could have went in any direction, but I wanted my poster to be specific to that scene as it’s the catalyst for the rest of the movie. If you watched that clip, you’ll see ultimately where the design came from, what elements I took and the moment I wanted to capture. Needed to be clean, almost cold, like the 1950s Hudsucker boardroom. 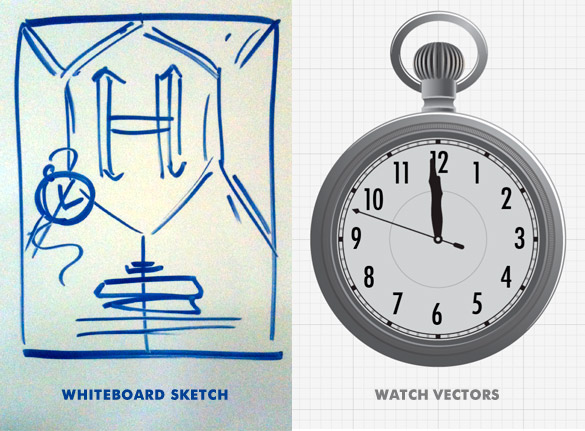 Now, fans of the film might mention that there’s a key element, or “product” missing from my poster but I assure you there’s a good reason why. When I watched the movie for the first time with my pals Dave Howlett and Mike Holmes, whether it was intentional or not, they kept the DVD cover away from me and never mentioned the big idea Norville Barnes had up his sleeve. So while watching the film, Tim Robbins’ character looked absolutely nuts for the first half. I was in stitches, best way to experience the film in my opinion. So for that reason, I left it out of my design as to not ruin the surprise for those who have not yet seen the movie.

Going to send this off to the print ship for proofing in the next few days, and going to see what I can do to make it available.