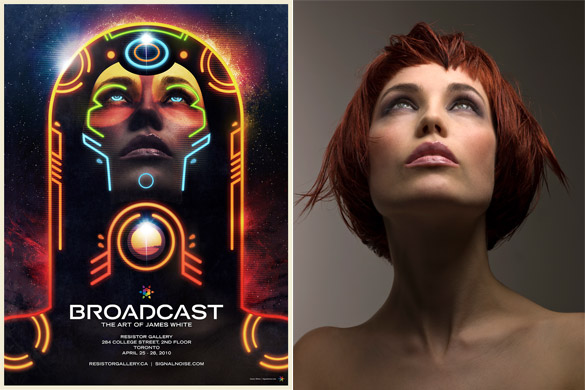 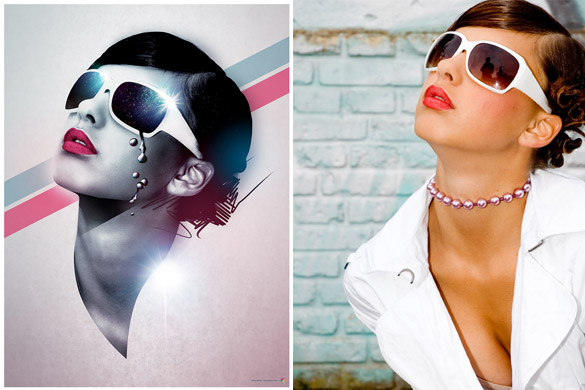 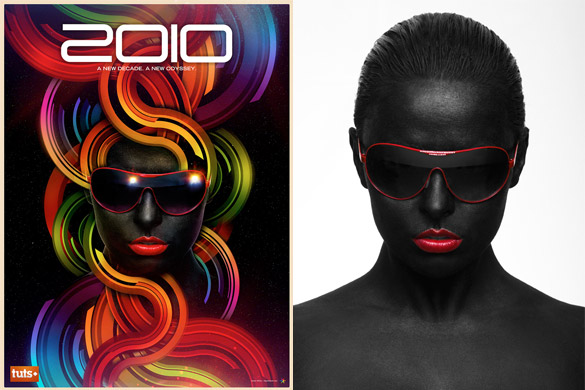 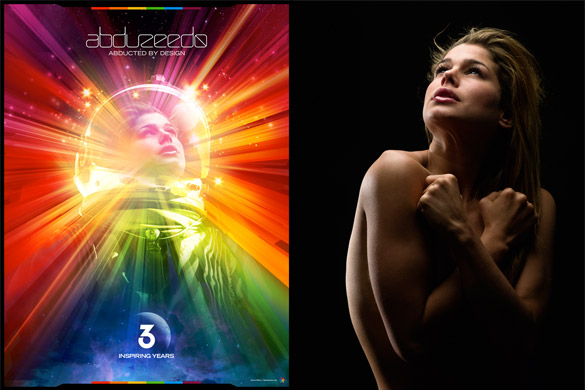 I’ve been using a few lovely ladies in my poster designs over the past year or so, and I thought it might be cool to talk a bit about the photographic elements I use in my works.

Right off the bat, no I don’t do my own photography. It has been suggested in a few comments that I should be taking my own photographs to use, but in all honesty it’s too expensive. To get the quality and size that I need for an 18″ x 24″ poster I would require a camera that is a bit out of my budget. Group that with lighting, studio set-up and all that, it’s a big can of worms and I’d rather focus my effort on Photoshop. Gotta pick your battles, y’know?

That being said, shown above are some splits of my finished posters and the photos I used to make them. The majority of the stock I used has come from Thinkstock.com, where I am a proud member of their ThinkCorps team. I’m yet to stump their search engine with some of the silly things I search for, so hats off to them for building such a nice library of photos. You guys rule!

An interesting thing happened while I was creating the 2010 Tuts+ poster regarding stock imagery. I had already created the colorful curved elements and wanted a sci-fi image to place in the center. After searching around for a suitable “science fiction” photograph, an image of a girl with painted black skin appeared in the “you might also like” section. I was so taken by this strange image it actually changed to concept of my poster and took it in a direction I didn’t intend. So in a way, the search engine actually helped me complete the poster.

Sometimes I’ll find an image before designing the layout of a given poster, and other times I leave it for later. Either way, the stock imagery found (and suggested) can really influence what direction I go.