The Countdown to Tron Legacy 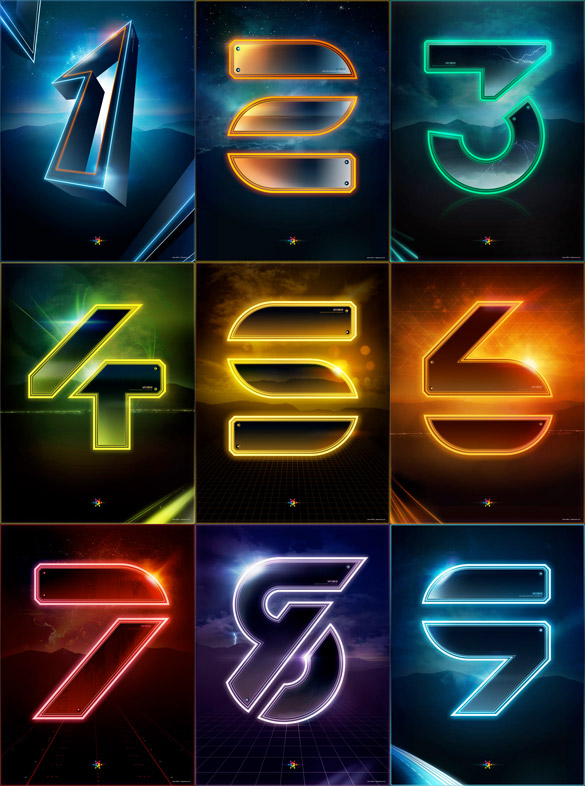 Last week while I was in Vancouver I decided to do a special little project leading up to the release of Disney’s Tron Legacy film, at least the project was “little” when I first thought of it. For the final 9 days before the film hits theaters I would design a Tron style number counting down and release one each morning. I’ve never done a project before where a daily release was involved so I thought it would be a great exercise, forcing me to spend an hour or 2 each day on personal work. I also worked it into the sequence of designing around the full color spectrum rather then keeping the series limited to the “Tron blue”. It was a real challenge to keep these images unique to one another yet maintaining a bit of diversity.

I started launching the designs at number 9 on the blog and Flickr, and didn’t really tell anyone what I was up to. Readers started catching on when I launched 8 and 7, and by the end had quite a lot of people waiting for the new number each day. You can see the entire series on my Behance as well.

I’ve been getting a lot of questions about what I will be doing with these numbers, something I am still not sure about. They would make nice mini posters, postcards, or I could even print them up full size as they are designed at 18″ x 24″. If you have any suggestions about getting these out there, by all means drop a comment.