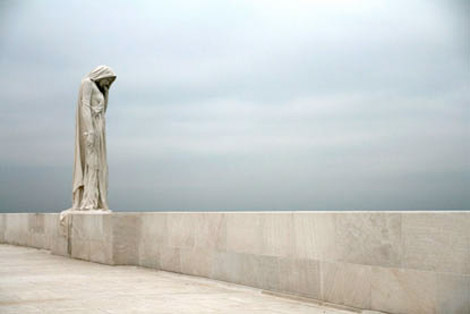 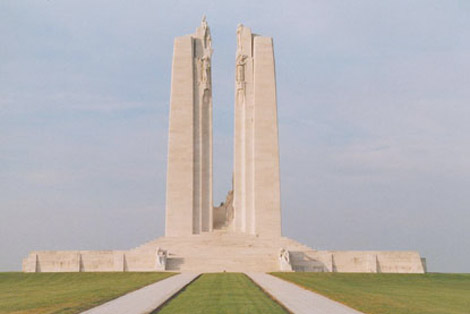 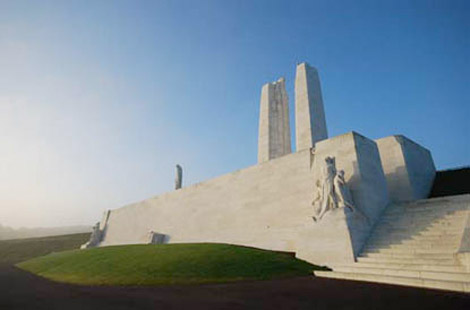 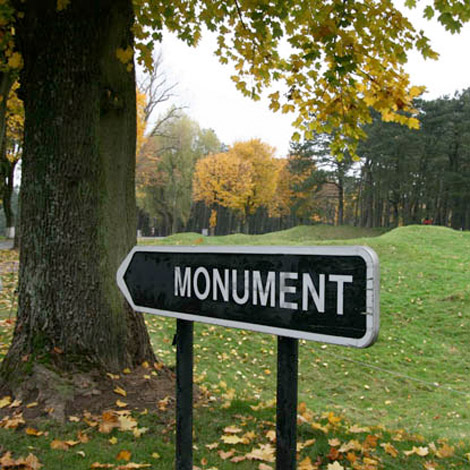 I should have posted this yesterday, but here are some beautiful shots of the Canadian National Vimy Memorial in France. The monument is the centrepiece of a 250-acre (100 ha) preserved battlefield park that encompasses a portion of the grounds over which the Canadian Corps made their assault during the Battle of Vimy Ridge, a military engagement fought as part of the Battle of Arras. Written in both french and english:

“TO THE VALOUR OF THEIR COUNTRYMEN IN THE GREAT WAR AND IN MEMORY OF THEIR SIXTY THOUSAND DEAD THIS MONUMENT IS RAISED BY THE PEOPLE OF CANADA.”

On the design side, I remember seeing photos of this memorial back in highschool but overlooked the scale of the work. This thing rivals designs seen in Lord of the Rings. Beautiful, epic, symmetrical and memorable.

These photos were taken by Burke Paterson, and thanks to the kind folks over at the Canadian Design Resource for posting these.