The Attack on Sharing 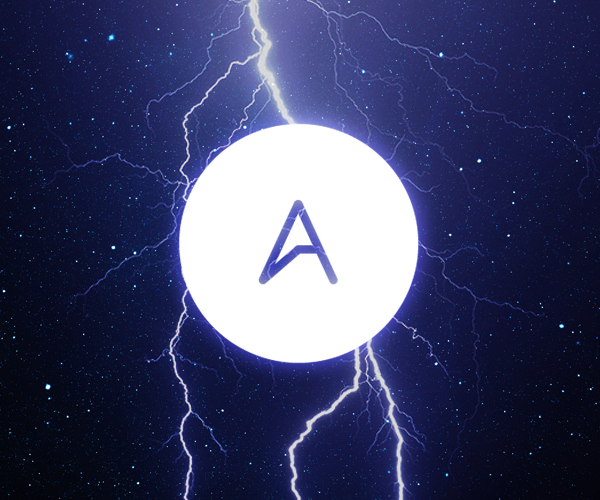 Rarely do I use my blog for any sort of activism, but something came to light recently and I’m having a hard time keeping quiet about it.

Earlier today, Abduzeedo posted this article about an incident that happened last week. A polite outline (as expected from Abduzeedo) can be found explaining what happened and how they dealt with it, but let me highlight the section that rubbed me the wrong way…

“We featured a beautiful photo in a post, giving full credit and linking back to the photographer and his work. We loved his work, it was on 500px and featured all options of sharing including on Pinterest, Facebook, Twitter and even an Embed Code. Maybe too used to the idea of sharing and fair usage, we included his image.

Unfortunately, we received a series of requests, like removing the content, which we did right away, a demand for public apology, which we more than happily did on the same blog post and a penalty fee. We apologize for featuring his work on our blog. Our one and only goal was to share what inspired us with others. We are truly sorry.”

Right, so Abduzeedo shared a photo in an inspiration round-up (with credit and link) and he wanted it removed. Fair enough, we all have final say when it’s our artwork in question and he has every right to request removal. He wanted a public apology. Kinda weird given there was no damage done, but alright. And of course, Abduzeedo obliged.

Then I read the part about the penalty fee… that’s when I got uneasy. As far as I can tell, a “penalty fee” means a demand for monetary compensation. A fee… for sharing a photo with full credit? Abduzeedo never claimed ownership of the photo, nor did they re-sell the image. Confused, I clicked on the link to where the photo is housed, and arrived here on 500px. Let me draw your attention to the giant social share buttons in the upper right corner of that page, which includes an option to embed the photo in your site. See where I’m going with this? 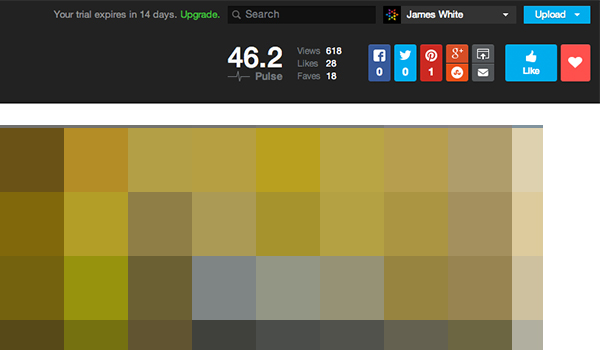 Now, lets have a look at what 500px has on their About page… I circled a pretty key word. 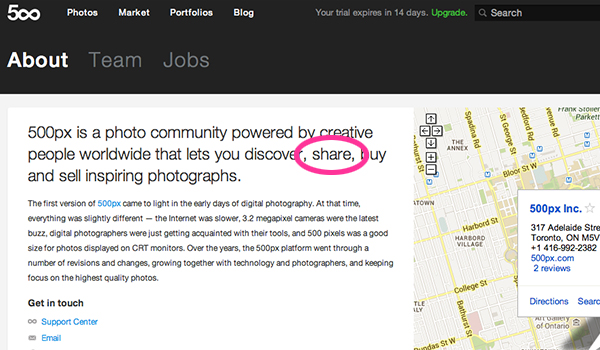 As I said earlier, we all have final say when it comes to our artwork, but this raises some important questions… if one does not want their photos shared, then why would one put them on a site BUILT for sharing then attack someone who shares them? Are these penalty fees demanded from everyone who shares a photo on Pinterest? Facebook? Twitter? Ffffound? Tumblr? Where exactly do we draw the line on what sharing is acceptable and what isn’t?

Rarely do I use the Signalnoise platform in this manner, but I can’t sit idle and watch this kind of thing happen… especially to a site which has done nothing but foster creativity and inspiration for the design community for 7 years. Designers depend on sharing in order to spread work across the web, whether it’s for promotion or inspiration and I’m worried this is setting a horrible precedent.

Am I coming to the defence of Abduzeedo? Of course. But there’s a bigger issue here, the core idea of sharing.

I urge you to discuss your feelings and views, because man, I really think this needs to be discussed. The louder the better.