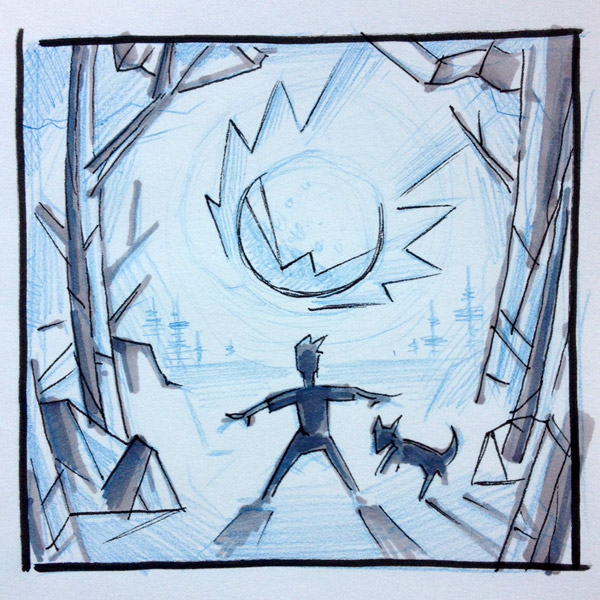 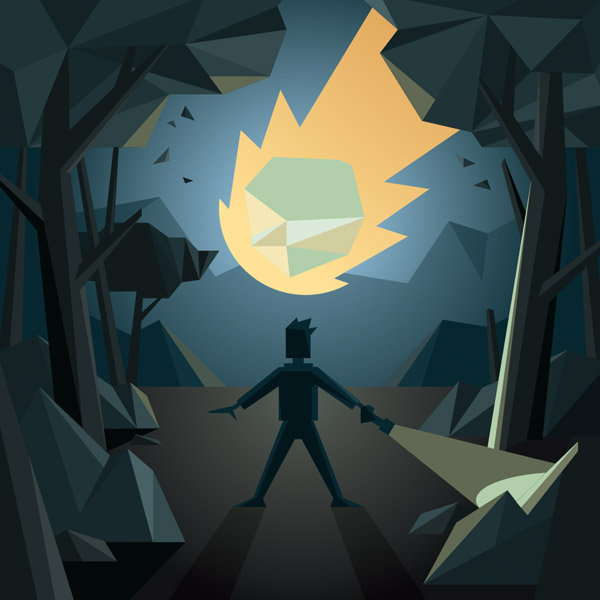 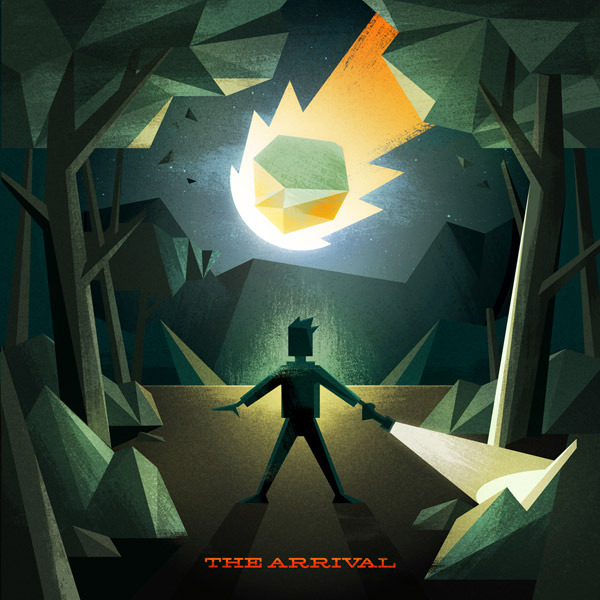 I’ve been creating illustrations in this style for about a month now, a kind of ongoing experiment of forcing myself into a new process. I was hanging out with some friends last week and one of the bits of feedback I got on the new work was “create some original material”. As in, not something attached to a franchise. Good point there, so I got at it.

Here’s an illustration titled ‘The Arrival’, depicting an adventuring kid out in the woods who witnesses a big meteor falling to earth. Simple little idea. Maybe the start of a story? Who knows.

I’ve been getting a lot of people asking what software I’m using to make these things, so seen above are 3 versions of the illustration. The original concept from my sketchbook, the straight vectors in Illustrator, then my final in Photoshop. Should give you a rough idea of how I build up the illustrations.