T-shirt for The Sword 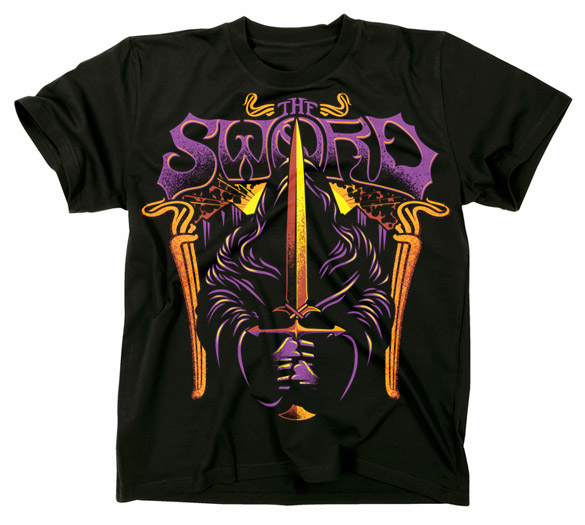 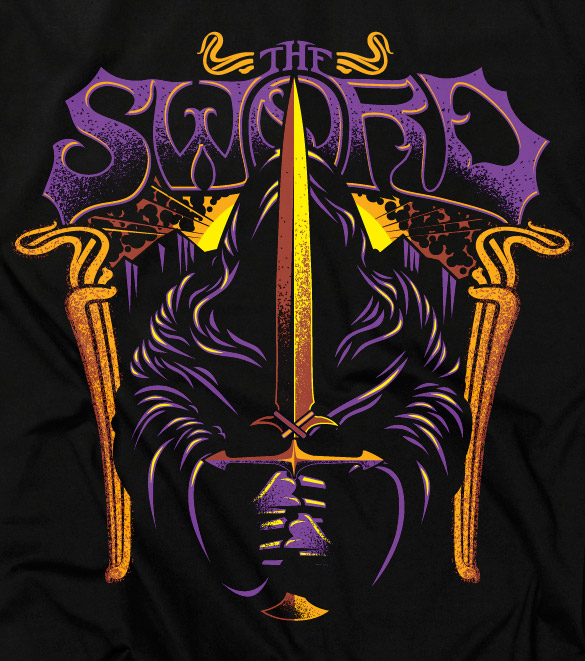 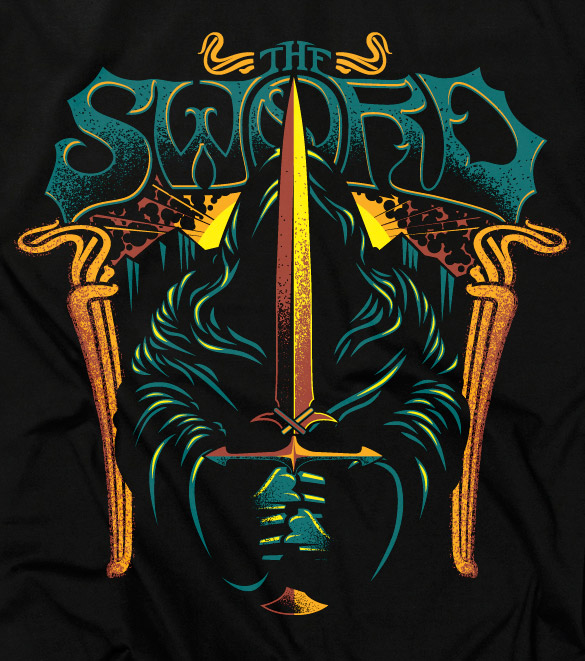 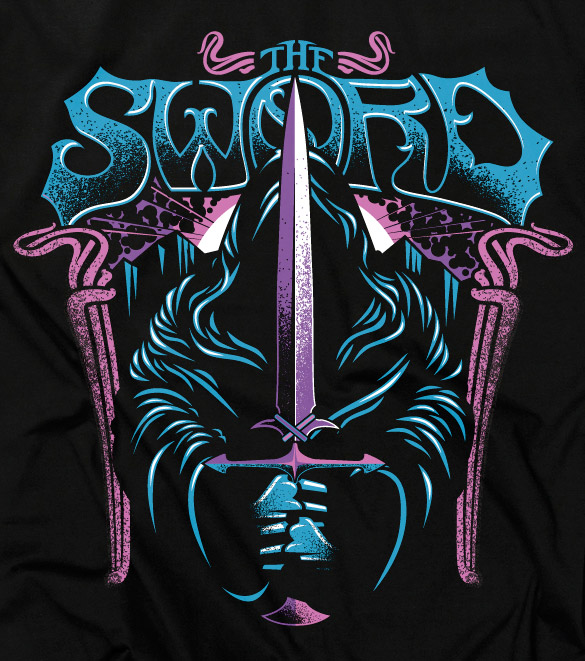 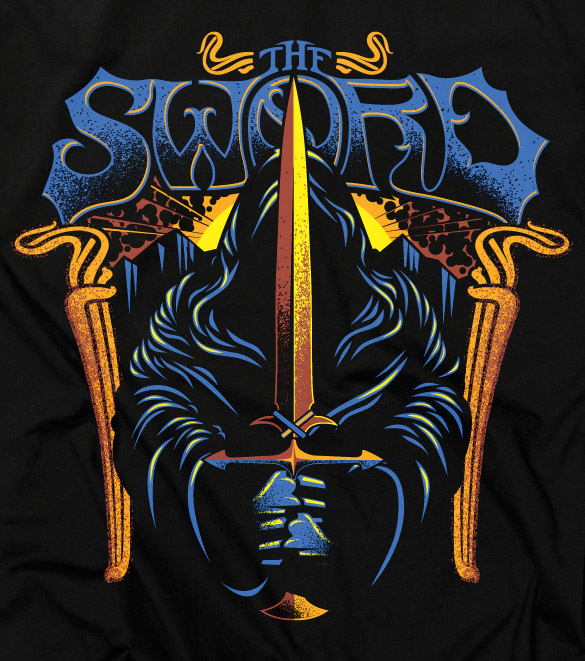 Here we go. On the list of “cool stuff I hope to do during my career as a designer”, this project lands right at the top, filed under “1. Design a shirt for my favorite metal band”. Enter the heavy as hell, talented Texans known as The Sword.

Back in 2006 or something I came across a link to their Myspace and immediately thought “The Sword, that’s a cool name for a band” and decided to give them a listen. I fired up Iron Swan for the first time, which is a funny introduction to the band’s sound considering the fairly long subdued intro. I was sitting at my desk with headphones on, then the song tore into the heavy and almost took my head clean off. Fan for life, right there. No foolin’. Been listening to the boys consistently ever since, throughout their albums Age of Winters, Gods of the Earth and their most recent space epic Warp Riders.

“Man, I’d love to work with those guys someday.” said James, years ago.

Last February I sit down at my computer and a tweet from the band pops up “Hey, we’re looking for an artist”, or something like that. 20 seconds later I had my website link over to them. 2 minutes later I shot over an email. Suddenly I’m emailing back and forth with the guys in my favorite metal troop, developed a poster that was used on 2 of their tours (Australia and Europe), and now a brand new t-shirt the boys will be having on-hand as they tour with Kyuss Lives this fall. So damn proud.

Shown above is what I created for the guys. Total artistic freedom, they let me run hog wild on this thing and offered some helpful tips along the way. You can definitely hear a vast metal influence in their sound so I wanted this design to be thrown back to the roots of metal … way back, talkin’ Black Sabbath days with a twist of The Sword in there. I used their older logo because it just reeks of old school metal. Love that thing. Shown here are 4 different colorways.

Be sure to check out the tour schedule, and watch for this shirt at their merch table and their online store (I would assume). Also, go listen to them. Now.

Small moral of the story. You never know what will happen when you try and chase down those dream projects. Sometimes it’s just an email away.