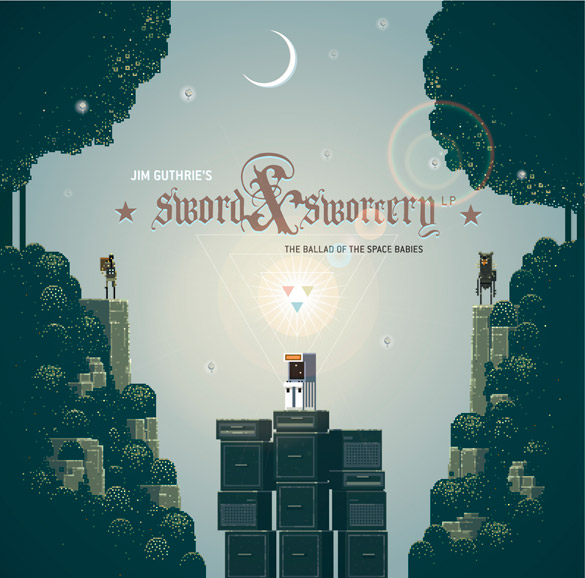 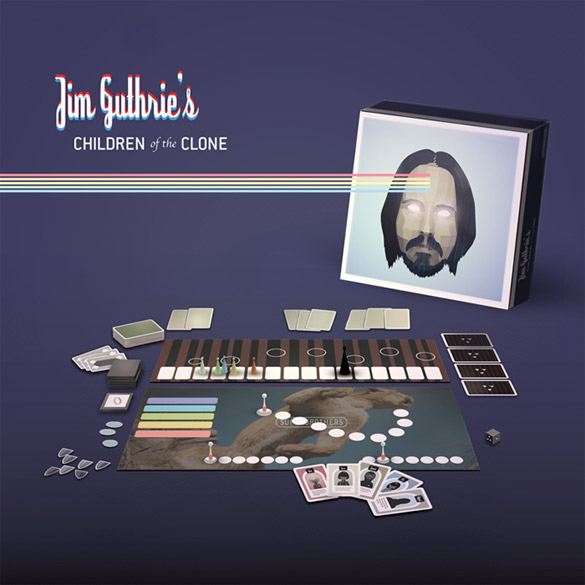 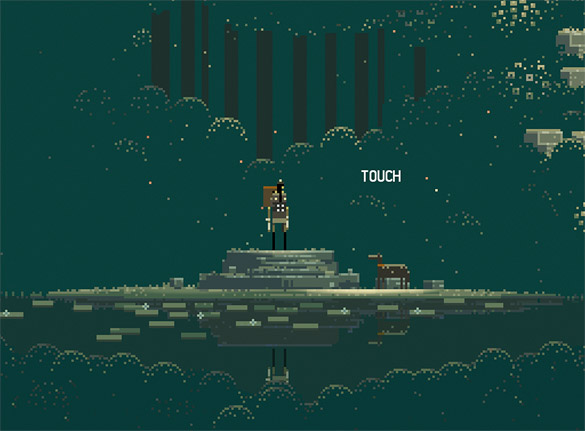 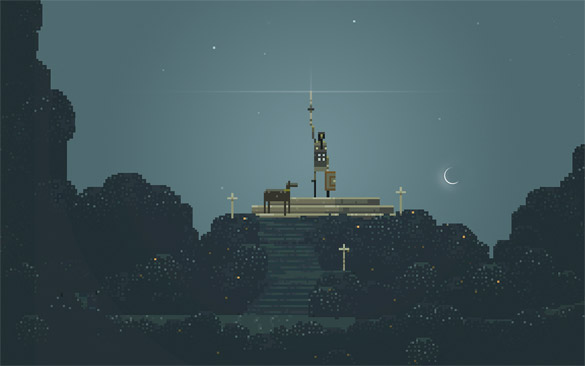 I’m a bit late on this one, or early if you consider the post I did on Toronto’s own Superbrothers 3 years ago (link). Last year they launched their first game for the iPhone and iPad, Sword & Sworcery. The game flew under my radar and was suggested to me via Twitter. After a few seconds the thing was being downloaded due to my being a fan of their work for some time now.

I’m not going to review the game or anything, but I will say that I’m absolutely loving it. The ’80s, Commodore 64-esque graphics really hit home for me, bringing me back to my childhood playing all those little adventure games for hours on end. Beautiful use of design, colour and effects, but the glue that holds everything together is the sound and music provided by Toronto’s Jim Guthrie.

I bought and downloaded Guthrie’s soundtrack, Sword & Sworcery EP: The Ballad of The Space Babies and have been playing it all day. In the process of downloading Guthrie’s newest album now, Children of the Clone. Both album covers seen above were designed by Superbrothers.

If you’re looking for a new game that’s awesome to look at, a wonderful adventure story, and is funny as all hell … I highly recommend Sword & Sworcery. Very immersive and wonderful atmosphere. Check out the Superbrothers website and say hello on Twitter. Also, here’s where you can find Jim Guthrie, and his Twitter as well.