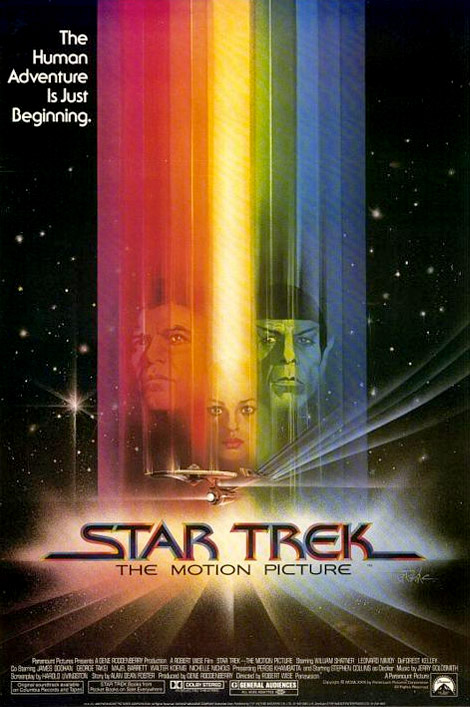 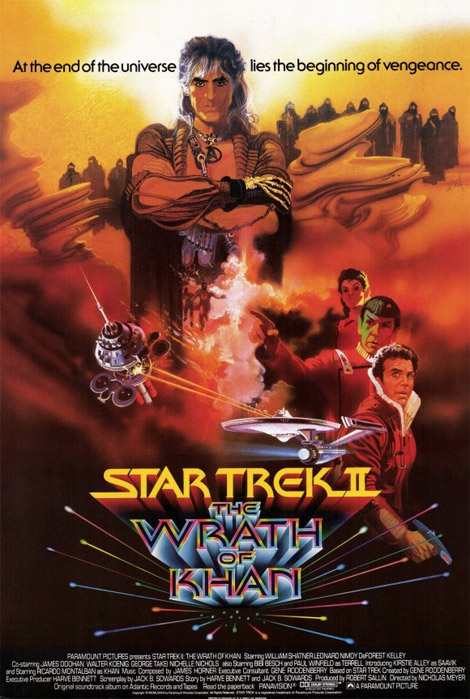 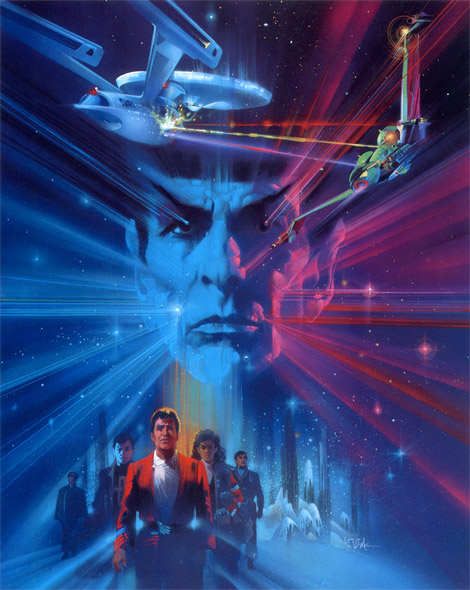 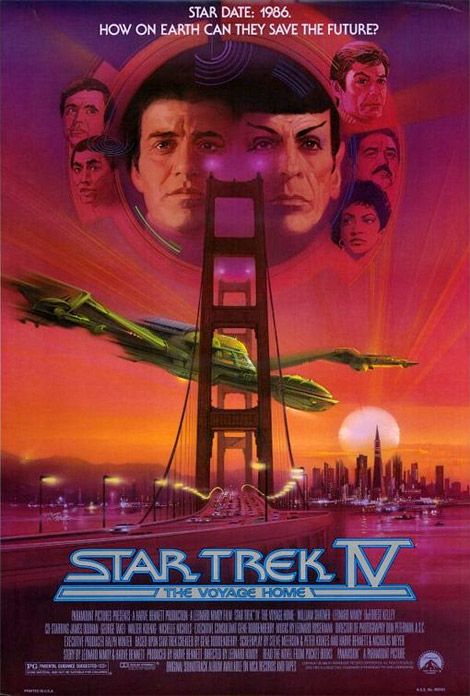 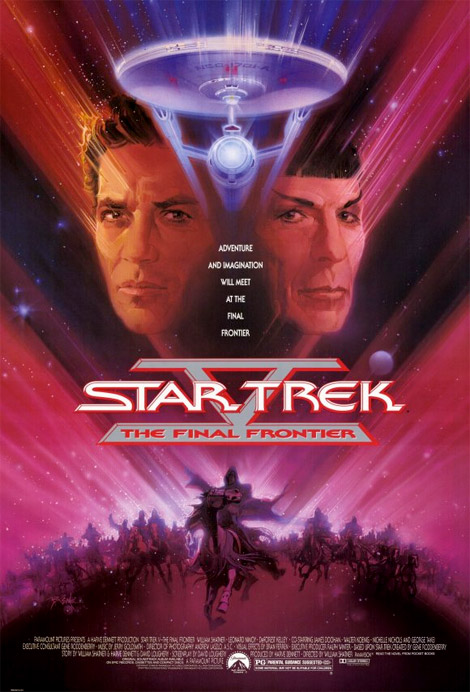 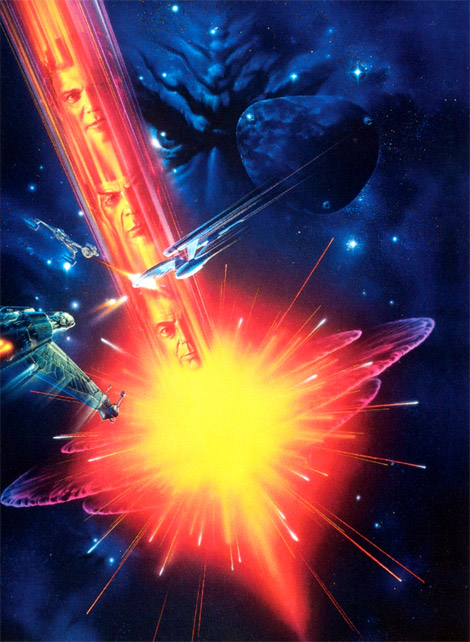 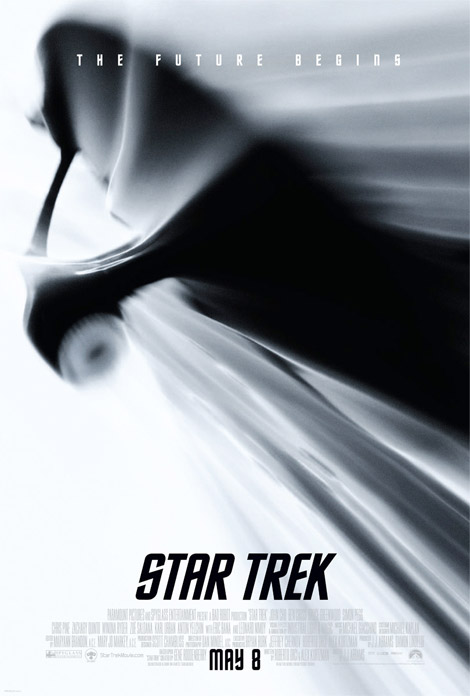 I’ve made a couple of minor posts in the past about movie posters, specifically a couple of Star Trek pieces, but I wanted to bring them all together this time around. Here are the posters for Star Trek: The Motion Picture, Star Trek II: The Wrath of Khan, Star Trek III: The Search for Spock, Star Trek IV: The Voyage Home, Star Trek V: The Final Frontier, Star Trek VI: The Undiscovered Country and the newest Star Trek movie released this year.

Admittedly, I’ve never been a giant fan of the Star Trek franchise outside of watching a bunch of Next Generation episodes back in the day, but with a renewed love of old-school special effects my pal Dave recommended some re-watchings. Coupled with that was the artwork surrounding each movie, and the selected images above are my favorites. Bob Peak is the man, and responsible for painting all the posters above excluding the newest film. Just look at those effects, brilliant.

Additionally, I really enjoy the concept of that newest poster. Using an unconventional white background for a space movie was a wonderful design choice. I expect nothing less with a guy like J.J. Abrams at the helm.