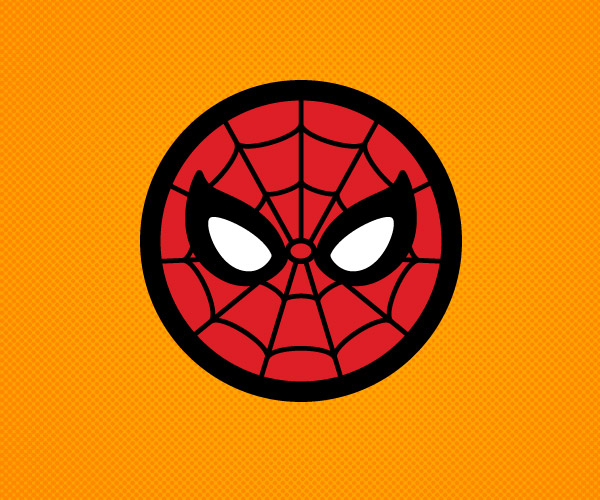 When we think of superhero logos we never think of Spider-man as having anything profound when compared to Superman, Batman or Green Lantern. Ol’ web-head had a pretty straightforward design, just a regular black spider. And hey, it works.

But the logo seen above, this one I always loved. I had forgotten about it until I happened upon Dan Slott’s Twitter a little while ago and there it was. Rush of memories. I can remember seeing this on t-shirts and stuff when I was a kid, but I mostly remember it from within the comics. They used it here and there, like in Hostess Fruit Pies ads. Great lines. I’m not even sure when this logo first appeared, I’m guessing the 80s?

Of course, they ended up re-designing it a while back with bigger eyes and such. Whatever. Just can’t beat that old one.