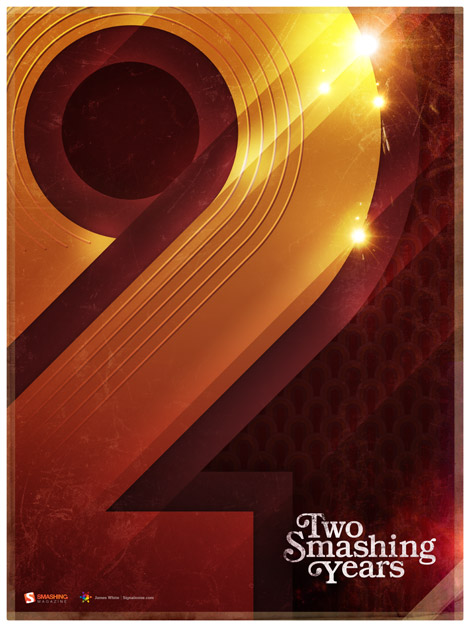 I was approached by Vitaly and Sven, the guys behind the mighty Smashing Magazine, to design the poster celebrating the design blog’s second anniversary. I was thrilled to be presented with the opportunity to give something back to the guys who offer constant inspiration to countless designers all over the world.

They are holding a contest to give away 8 hand-signed posters, all you have to do is comment on the 2nd anniversary post.

When I started to jam out some ideas for the Smashing Magazine anniversary poster, I already knew I wanted to do something with a stylized ‘2’ in an effort to keep the concept simple. Before stepping to the computer I always rough things out in sketch form to get a general idea of where I want the elements to land. So, I’ll spend hours on my couch surrounded by art books, video games and CDs as I doodle. 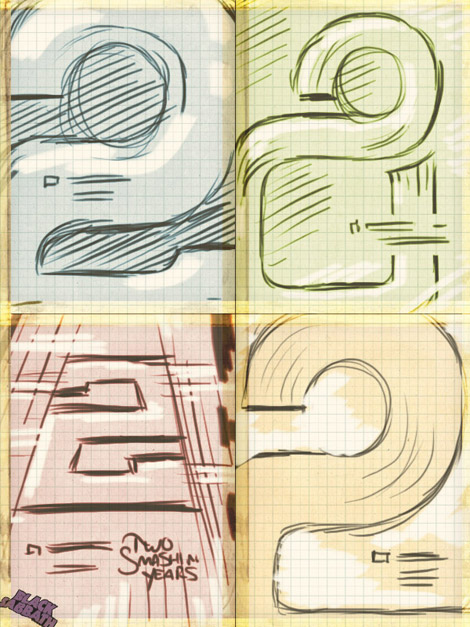 I’ve been researching a lot of retro toy designs recently, and while doodling this little guy popped into my head: 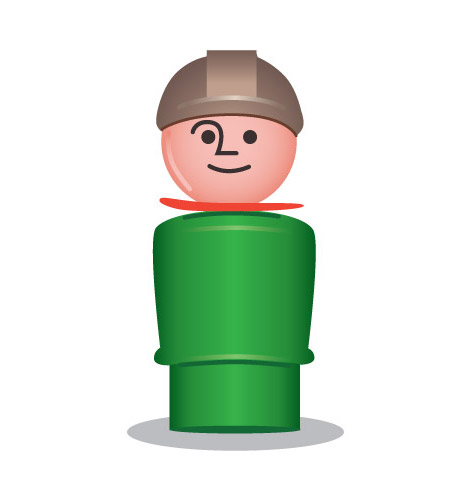 I came across this Fisher Price Little People toy when I was around 8 years old and remember thinking “Hey, his eyebrow and nose looks like a 2.” Not only was the concept personally nostalgic but it also represented part of a face, specifically an eye. Given that Smashing Magazine prides itself on offering visual stimulae to artists worldwide, the concept seemed appropriate. I couldn’t find the actual toy on the web so I recreated it here as closely as I could.

After settling on a basic sketch I moved to Illustrator where I made many color and composition studies as I tried to find an appropriate palette and layout for the poster. I make many of these for every work I do and always keep them on file for future use or reference. Here are a few examples of working with the 2 concept: 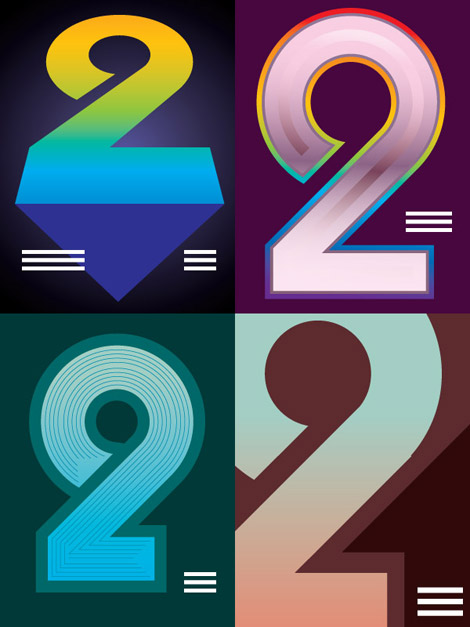 Once I have a good idea of the direction the poster is heading in terms of color and composition, I will them move to Photoshop where I bring all of my vector pieces, effects and textures together and build the poster. I opted for a more close-up version of the ‘2’ in an attempt to make the eye and nose more prominent, but not overkill. After things snap into place I’ll add any lighting, color hotspots, flares, highlights, shadows, patterns, etc until I feel things reach a suitable balance.

So with that, happy anniversary Smashing Magazine!