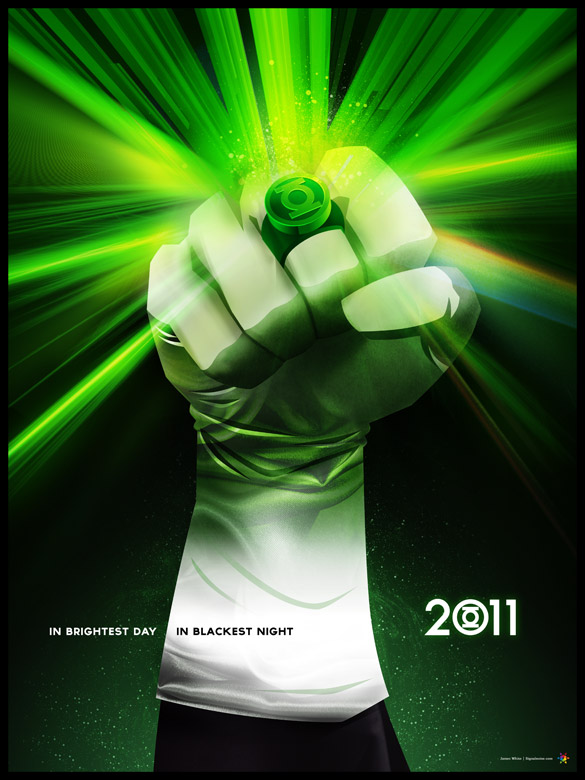 Here it is, the Signalnoise version of a Green Lantern film poster. It’s been my intention for a few months now to make a poster touting the upcoming Lantern movie, I even had the idea suggested to me by a few friends and folks online. So I grabbed a few hours over the last three days and dove into the creation of this Green Lantern poster. 100% fan-based, not official at all.

I created this poster because back in 1983 when me and the other neighborhood kids decided to play Superfriends, my choice character was always the Green Lantern while they were fighting over who got to play Batman. I had some hand-me-down comics that featured the Lantern and I always thought he had the coolest power, manifesting whatever he could think of in any situation. Plus, that ring was by far the coolest accessory and I even went as far as to make my own little paper rings complete with the Green Lantern logo crudely drawn on. No joke, I was 6.

The Lantern in this design is obviously not the Ryan Reynolds version. They modernized his costume for the film with neat effects and all that which I’m sure will look cool onscreen, but my Lantern is the classic Hal Jordan version with the nicely designed black and green cloth and white gloves. Here is the Superpowers toy version circa 1984 as well as an Alex Ross Green Lantern. 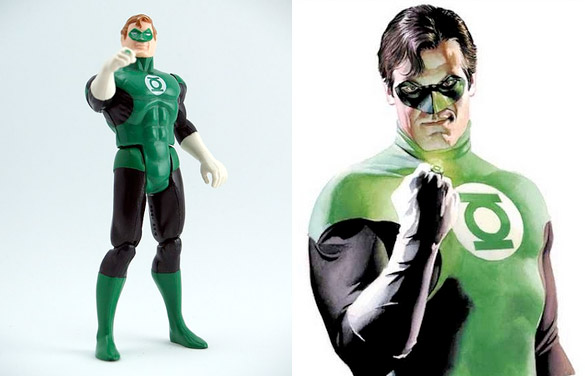 I honestly believe the Green Lantern logo in terms of design is ranked at third across the entire DC Universe trumped only by Superman and Batman, and the ring is by far the most iconic element of this hero. Which is why I was baffled when this poster was released and the ring is nowhere to be found. Say what?

This was a convoluted process making this poster and involved some photography, a lot of vector work then a lot of Photoshop effects and texturing. I wanted it to look like an illustration but have the depth of a photograph. I’ll be writing a ‘making of’ poster hopefully for launch Monday to give you a behind-the-scene look at the process and inspirations behind this Green Lantern poster. Stay tuned for that one.