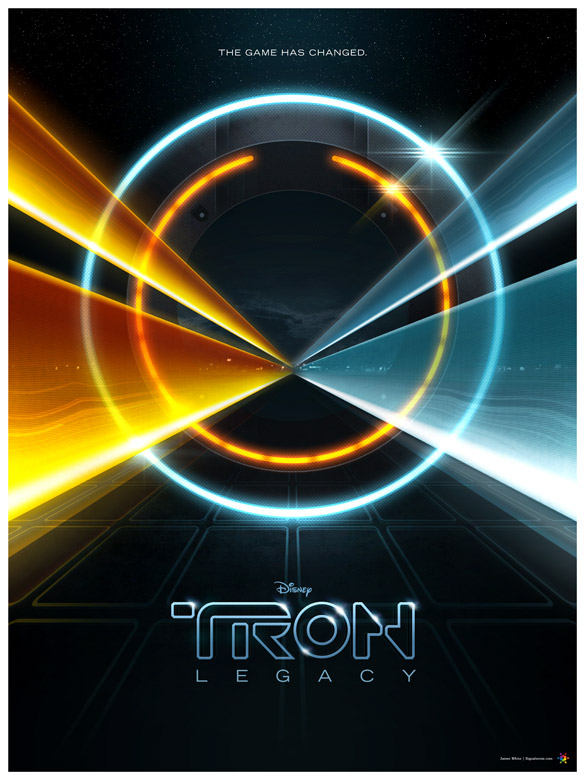 If you missed out on tuning in to Signalnoise Broadcast 32 yesterday afternoon, here is the recorded version. Since installing Ustream Producer, I have the ability to broadcast my desktop to show some workflow which is something I didn’t know I could do (idiot, I know). So I decided to jump in head first and show some Photoshop process stuff, and gave the audience an inside look at my Tron Legacy poster, seen above. We went through the whole thing, layer by layer and I discussed all of the effects, tricks and processes I used along the way. No secrets here, it’s an open door to the making of this poster.

Next week I’ll be in Vancouver so the timeslot might shift a bit, but I’ll keep you posted via my Twitter as to what is happening. In the meantime, enjoy the Tron Legacy PSD breakdown!