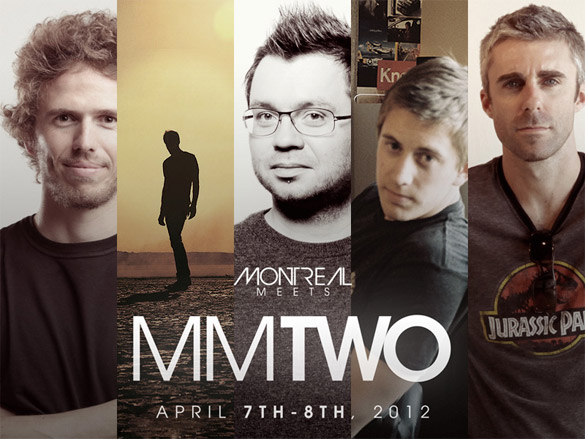 Francois Hoang made the announcement for his much-anticipated second installment of Montreal Meets. Last year I was lucky enough to fly up and speak at the even with my pal Fabio Sasso, but this year’s line-up has absolutely blown me away. I’ll be making the trip once again to debut my new Signalnoise talk for 2012, along with some of my favorite artists and designers in the industry today. Stellar line-up.

Speaking at the event will be my friends Fabio Sasso, Shelby White, Radim Malinic and Scott Hansen. We will even get a live set from Scott’s musical act, Tycho. Shaking with excitement over here. I’ve been in touch with these guys for quite some time, and have had the chance to hang out with most of them in person before (other than you Shelby, you elusive punk). All talent, all awesome, all taller than you might think.

The event is April 7 – 8 and is not to be missed. Get those tickets now, gang.