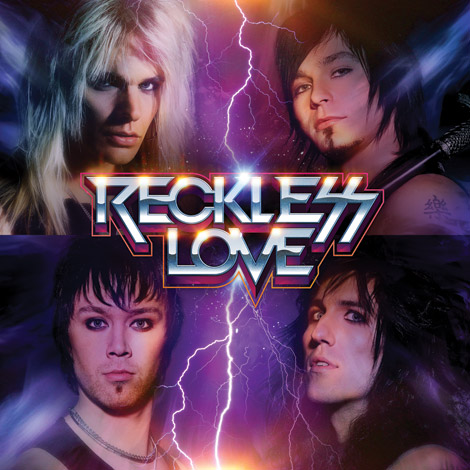 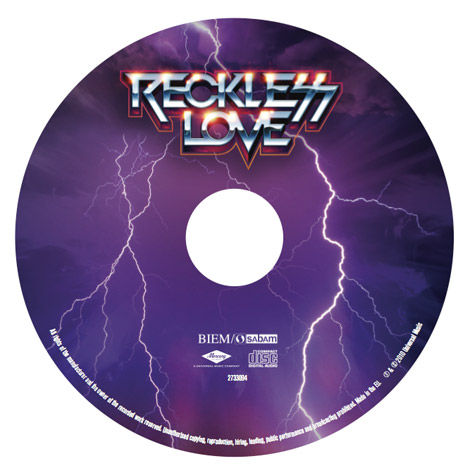 If you follow me on Twitter, you might have seen me talking about the Finnish rock band Reckless Love over the past few months. The 4 boys in the band, Olli, Hessu, Jalle and Pepe hired me last year to create the band’s visual identity including the logo, a couple of cd single covers and their official label debut album cover.

I’m happy to announce that their debut is due to be released on February 24th, coincidentally my birthday! Shown above is the final album cover design I created for the guys.

I mentioned this in a previous post about the band, but there is nothing better then working with someone who is excited about their project. That makes me excited, and inevitably makes the work better. Reckless Love’s sound is inspired by hard rock and hair metal bands from the 80s, polished and updated nicely. So naturally, the design hearkens back to that era being inspired by bands such as Mötley Crüe and Van Halen:

I’ve been listening to the final album for a little while now as I worked on the designs and I really can’t wait for the release. Its construction is honest, and they capture perfectly the elements of fun from the era that inspires them, without any irony. It’s no secret that I love modern updates of things past, so I’ve enjoyed every second of working on this project.

More to come on Reckless Love, but in the meantime you can pre-order the album from Record Shop X.