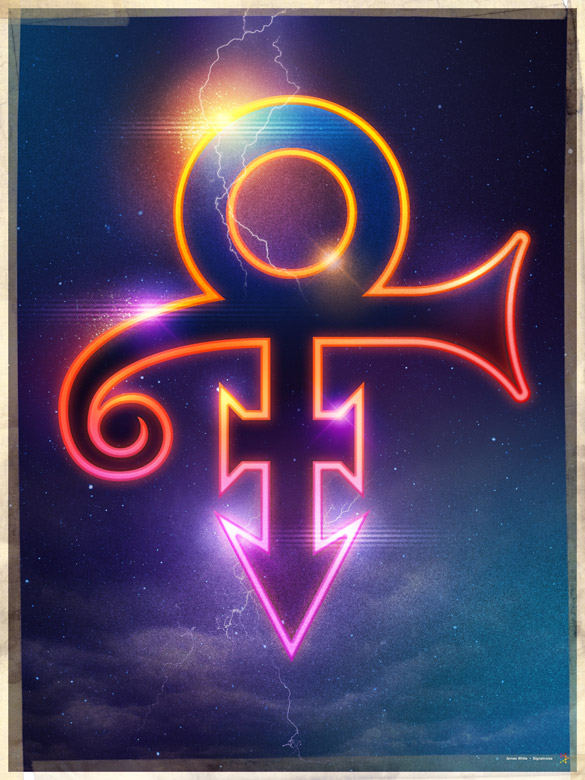 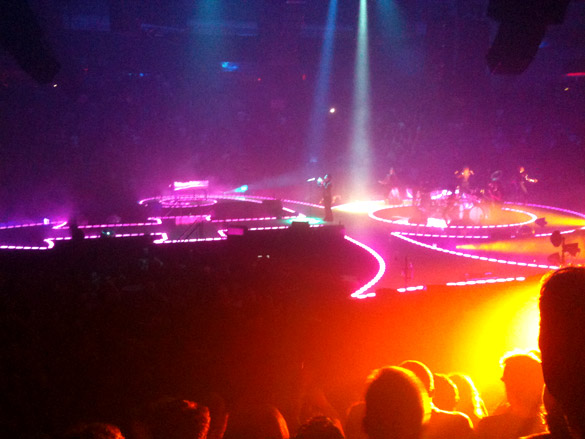 At the last minute I was offered a ticket to see Prince perform live in Halifax. Most of my friends were already going and I was on the fence long enough to assume I wouldn’t be going. Really happy that wasn’t the case. I’m familiar with some of Prince’s material, but not nearly enough as I should be. I do like how Prince goes about his work very differently then other musicians, really cares about his craft and it shows. And for what it’s worth, I always liked that symbol of his … great ideas wrapped in there.

His show last night was one of the best I’d ever seen. He makes the standard stage/audience set-up look really lazy. He and his performers danced around his giant logo, lights galore. Amazing spectacle to see. I snapped the photo seen above during the show (which I wasn’t allowed to do), a fluke moment that captured some beautiful colours right when that orange spotlight hit me. Liked it so much, I aped the colours to make a Prince design, seen above.

If you have the chance to see him live, highly recommend it.