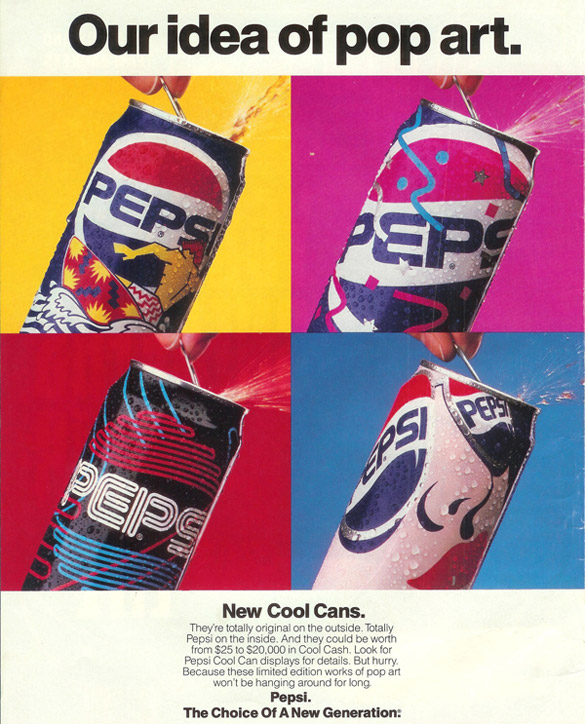 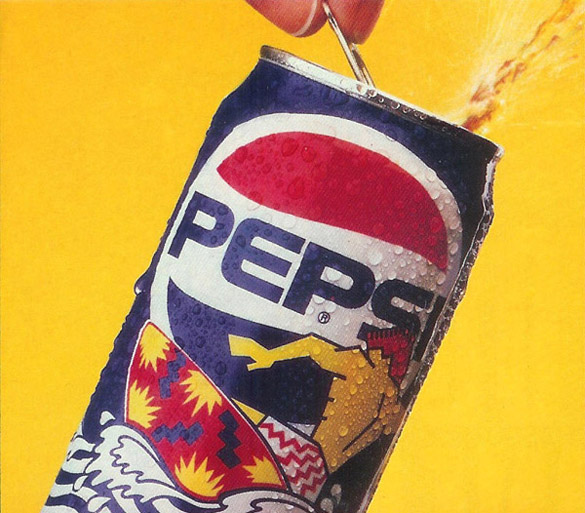 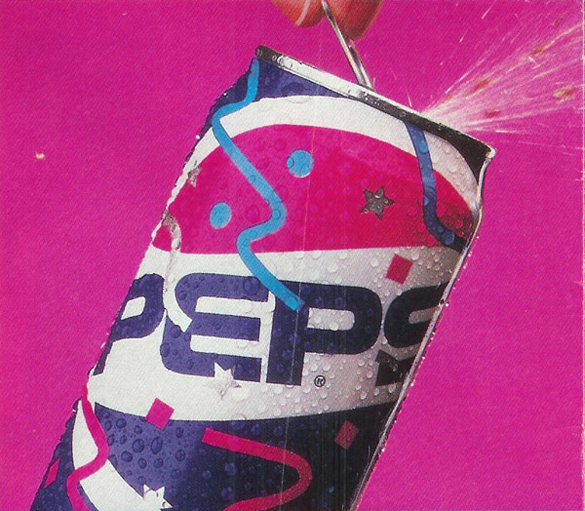 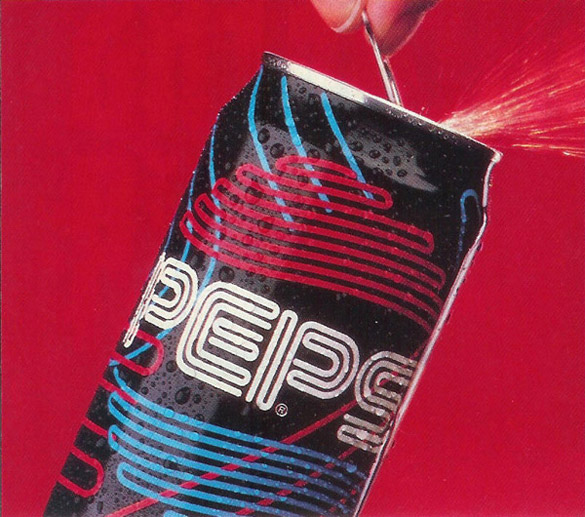 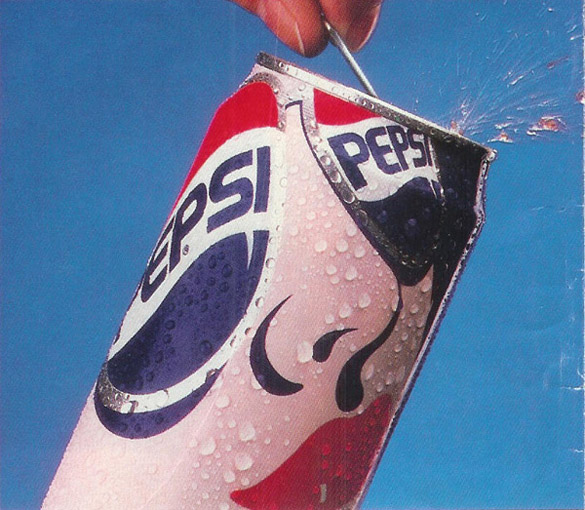 Back in the summer of 1990 Pepsi released some limited edition “Cool Cans.” I was 14 years old, and I clearly remember going nuts for these things. I was firmly entrenched in the Pepsi camp of the Cola Wars and we had plenty of bottles in my parents fridge, but I also needed these cans. The nearest vending machine was just passed the woods in my backyard at the local community swimming pool. I used to ‘borrow’ some change from my dad’s coin bucket and sprint through the trails leading to that Pepsi machine. There were days I made many trips to that pool just for a cold can of soda.

There were only four different can designs, however it took me the entire summer to collect them all. I was sure Pepsi had staggered their release just to prolong my agony. I ended up with tons of the surfer dude design, which ensured that it became my least favorite of the bunch. That guy used to roll out of the bottom of the vending machine and taunt me, I’m telling you.

The design I most coveted was the neon one, it was the most unique of the group and was downright badass. Some internet psychologists may claim that I was somehow subliminally drawn to the neon design because it contained a hidden message. When stacked 3-high and positioned just right, the larger letterforms on the can kinda-sorta spell out the word “SEX.” So even though I never saw the cans stacked that way, and getting them from a vending machine assured that I didn’t know which one I was getting, I still must have been brainwashed by Pepsi into unconsciously choosing it for its “sexiness.” Hogwash.

These designs, paired with Pepsi’s most iconic logo, are my first memories of a true marketing campaign. Stepping up from toy packaging and advertising, I began to recognize there was a larger world of design and branding out there for me to explore.

Oh, and a little Young MC never hurt anyone hurt either…