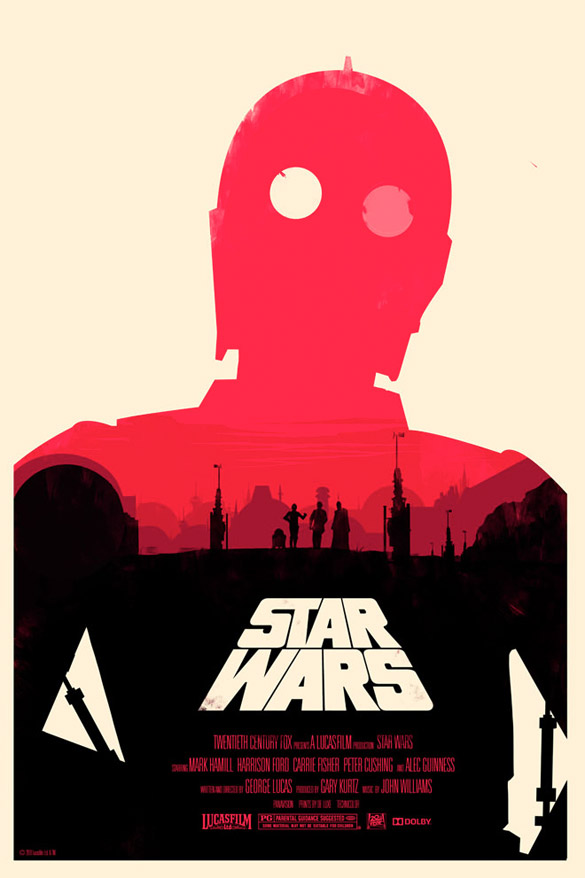 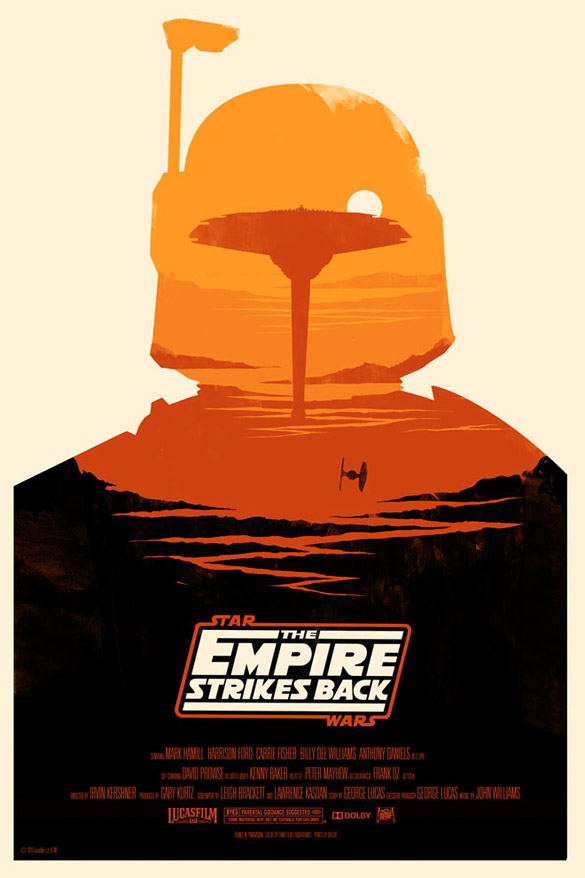 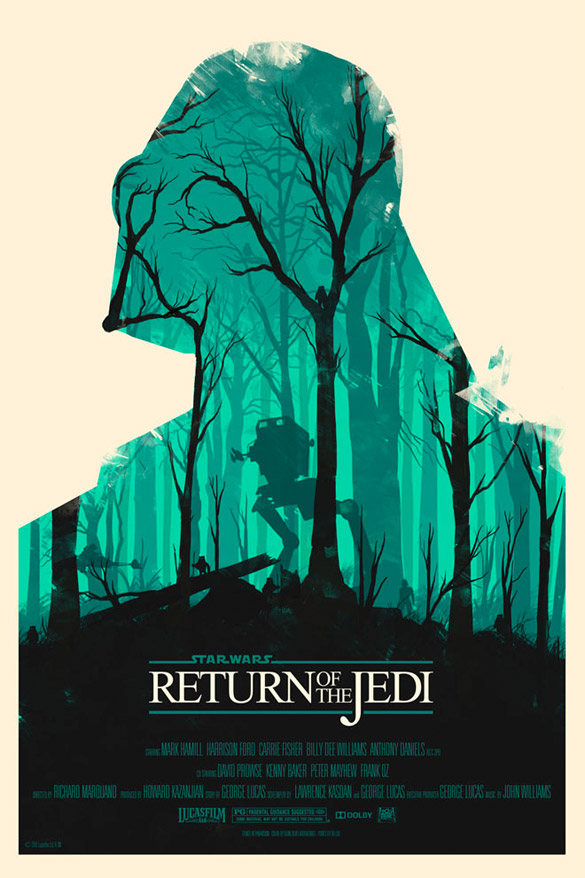 In a world where modern film posters for the most part give us designers a sinking feeling, we thankfully have guys like Olly Moss out there. So much can be said about these beautiful re-imaginings of the best film trilogy out there, don’t even know where to start. Olly treated Star Wars with care and respect while breathing his own unique and clever vision in the designs.

According to Mondo, these posters will be for sale this Monday, December 20th at a limited run of 400 prints each. These will probably be gone faster then the Falcon can make the Kessel Run.