NO COUNTRY FOR OLD MEN poster 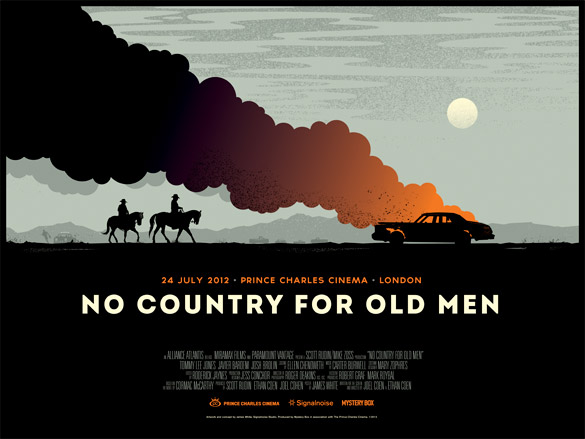 Here’s a new poster for our pals at the Prince Charles Cinema over in London for their screening of one of my favorite modern movies by the mighty Coen Brothers: NO COUNTRY FOR OLD MEN. The movie screens on July 24.

I knowingly approached this poster differently than my previous ones. NO COUNTRY FOR OLD MEN is a unique movie on it’s own … there’s no music, the main characters though tied tightly by story never really meet. It’s brutal yet quite funny in parts, all wrapped in a beautiful landscape. It’s a film you need to watch several times to truly appreciate it. So I wanted this poster to have a light touch, something serene that takes cues from one of my favorite scenes near the beginning. A merging of the old west with today’s violent reality.

I started off designing a pretty standard poster, but quickly changed gears. This is also my first landscape movie poster, which took me way out of my comfort zone but ultimately was best for the concept. Here are some ridiculous sketches and conceptual. Things came together rather quickly. 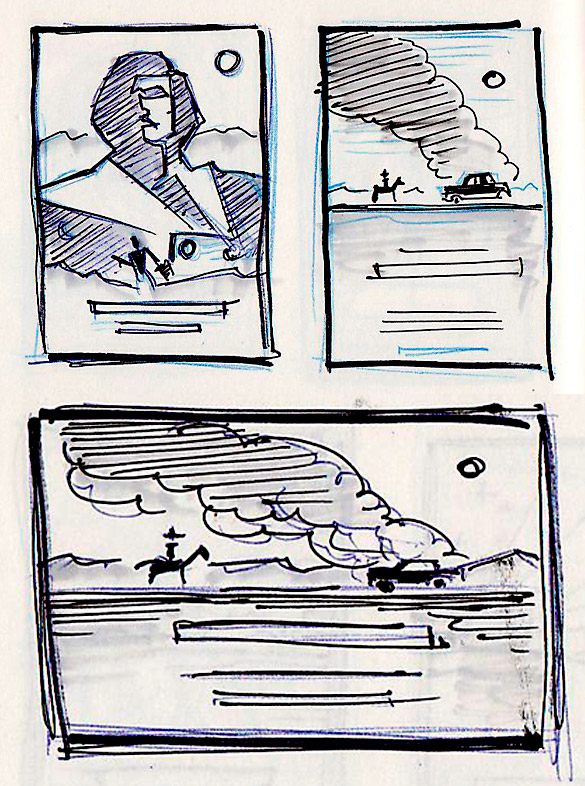 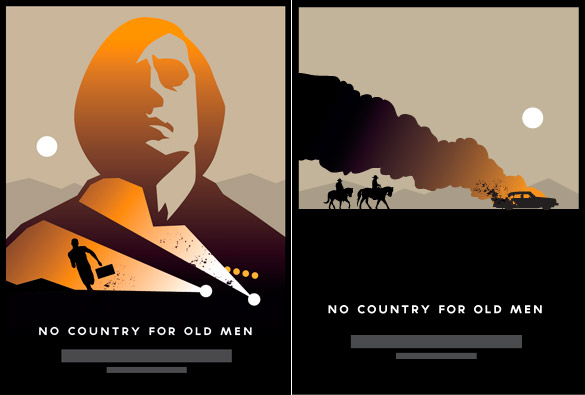 I am working with Mystery Box and the Prince Charles Cinema in order to bring this poster to life through some nice screenprints. Watch this space for details as they become available.