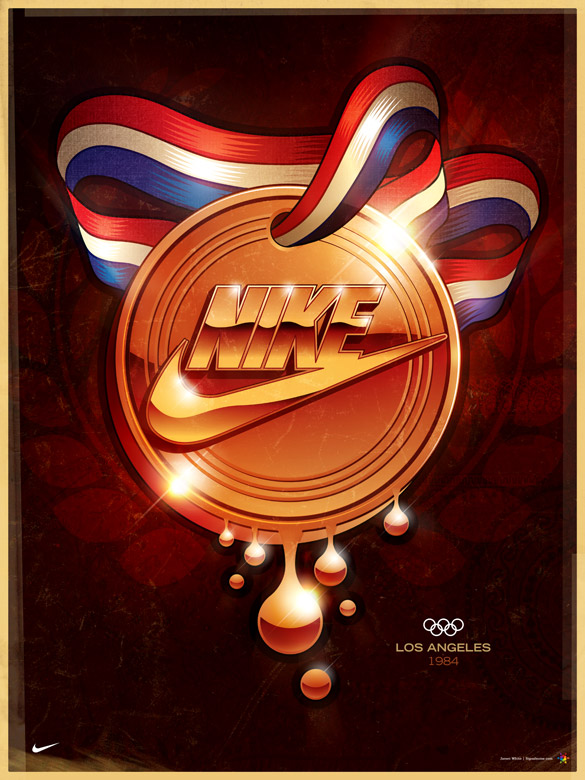 A while back I was commissioned by the mighty Nike Running to develop some t-shirt designs for their 2011 line. I enjoy working with the folks at Nike as they always send over fully realized briefs on what they are looking for while leaving the execution quite open for me to experiment and have fun. Perfect freelance situation to be in. 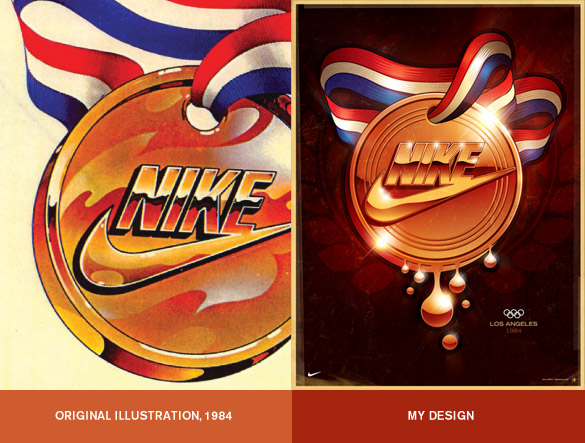 Shown above is a recreation of a graphic Nike had developed originally for the 1984 Olympics in LA. The original concept was to be used on a t-shirt in straight vector, but I liked how the medal came together and really wanted to throw some texture and effects on that shiny surface.

The poster above was never used by Nike in any part of their campaign, just something I did for fun while working on the project. Taking a client job that extra step. As a matter of fact, I haven’t seen the t-shirt version of this yet. If anyone comes across it, let me know.

I might be sending this to the print shop to see how the proof looks, and might do a small run after that.