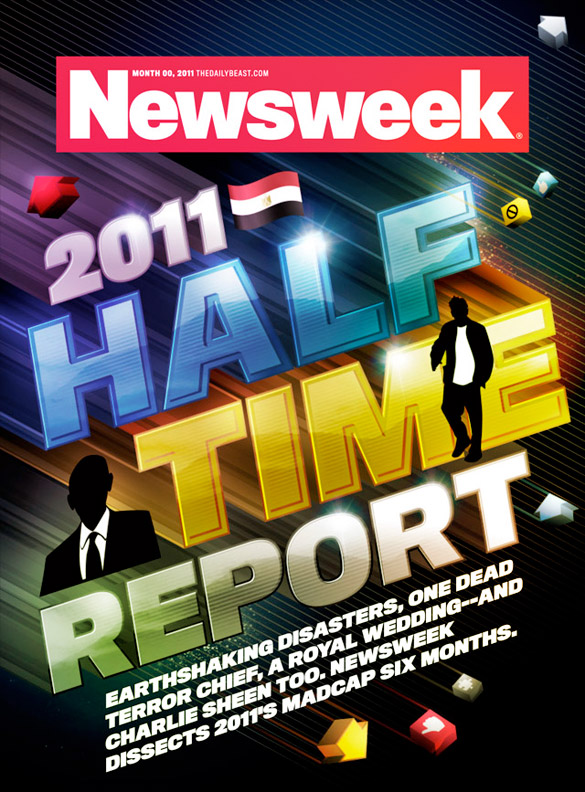 Last week on Twitter I was talking about my recent commission by Newsweek Magazine to design the cover for their July 4th issue. I got a call early last week straight from the Newsweek HQ which I was pretty excited about. I’ve done a few covers in the past, but Newsweek has been on my radar and the “it’d be cool to work with them” goal list for quite some time. I was tasked with bringing a cover from scratch to final in a few days. Not easy, but the team there wanted big fancy text relating to the cover story. Just what I like doing. Rock n’ roll.

But the magazine industry, more specifically the NEWS magazine industry, is a turbulent beast with fluctuating focuses and news items. Things change at the last minute all the time, including stories that land the cover. Unfortunately that’s what happened and they had to go with a different story … and different cover. Bummer. Shown above is what I did for them in a few days.

The kind folks at Newsweek told me up front that a few covers were in consideration as they put together the issue, so the outcome is totally understandable. One of those things. In the end I had a great time working on this, it was an honor to be considered and I’m proud to add it to my portfolio.

Fun fact! Back in March my Help Japan poster was mere hours away from landing the Newsweek cover as well. Last minute change rendered it unusable too. History repeats!