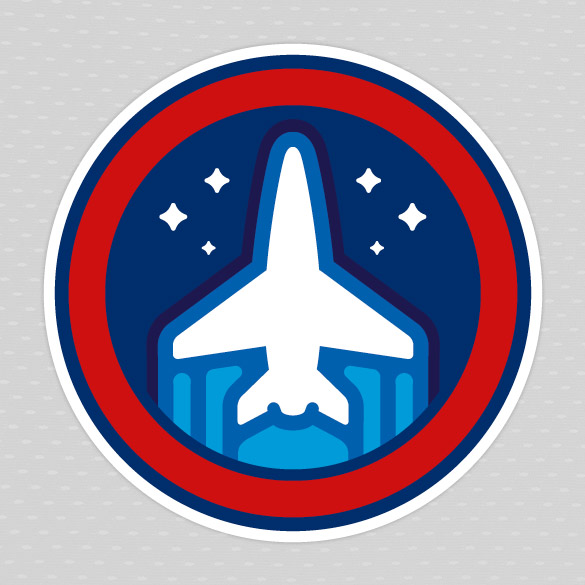 As most of us Canadians (or hockey fans at large) know by now, our beloved Winnipeg Jets will be coming back to the NHL real soon. Being a hockey fan back in the ’80s and ’90s those Jets were part of our team, and by “our team” I mean being on this side of the border. We’re a patriotic bunch up here and tend to cheer for our Canadian teams. So it was a sad day to hear that Winnipeg’s team was being packed up and shipped down to Phoenix. Sad day indeed.

Well here we are. The Jets are back and us Canadians are pretty happy about it. I was cheering for you ‘Peggers the whole time, hoping luck would swing your way and your team would come back.

Now for what it’s worth, I loved their old logo for too many reasons to list. BOTH of them actually. Simple, obvious and whatever else. Nice colors, somehow very Winnipeg and it fit in nicely with the other Canadian teams at the time.

With the team returning to Winnipeg it was inevitable that they go through the process of a re-brand. I would have been ecstatic to see that old logo return as their official, but this is 2011. Fat chance with all the re-brands that sports teams go through these days in the first place. Last Friday, Buffalo correspondent Paul Pants gave the word that they’d be releasing the new identity “in an hour” so I was pretty excited to see what they came up with. I was also a bit frightened …

I’ll go on record here. Just personal taste so don’t chew my head off. I have a pretty strong dislike for modern sports logos. It started back in the 90s when teams started going through all kinds of changes in identity and the logos moved away from the simple and iconic to these over-beveled, character-based, swooshing, snarling hunks of shit. They became interchangeable pretty quickly, and it wasn’t only with one sport. Baseball, basketball, football, hockey … they all started to look the same. No respect for individual identities or team legacy. I completely understand that design and printing technologies are far better than they were before, allowing us to do much more with jerseys and stuff, but just because we can doesn’t mean we should. Logos transformed into illustrations.

I urge you to look through the logo histories on this site. So much good stuff lost to the years.

This is why I was frightened while waiting for the new Jets logo unveiling. “What if it’s some jet zooming forward, shooting fire, with a big angry mouth on the front?” Seriously, could have happened. I was pretty nervous. So when I’m in a situation like that I always ask myself “What would I do if given the opportunity?”. I fired up Illustrator and threw together a Jets logo that I’d like to see on a jersey. That’s it at the top, and here it is mocked onto a player. 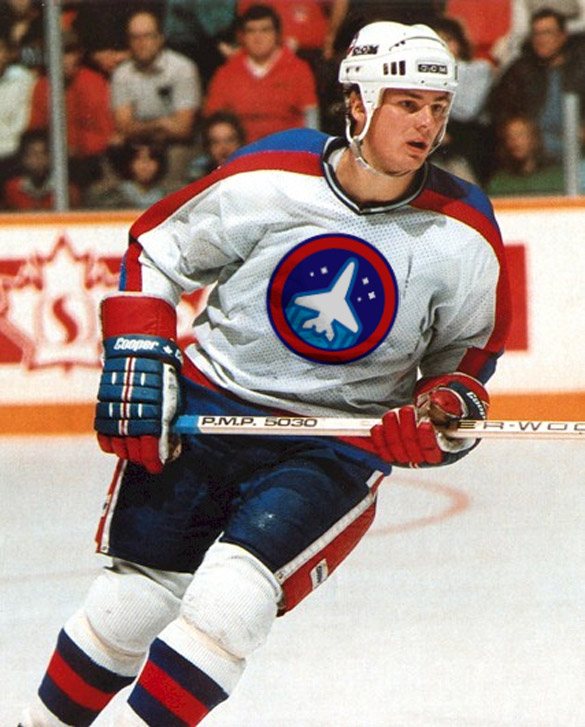 I’m still tampering with the logo even as I write this post. I did it for fun. I did a Jets logo the way I’d like to see it done in an attempt to play off the previous identity, something you Winnipeg inhabitants might recognize and enjoy. Not much more to the story, really. 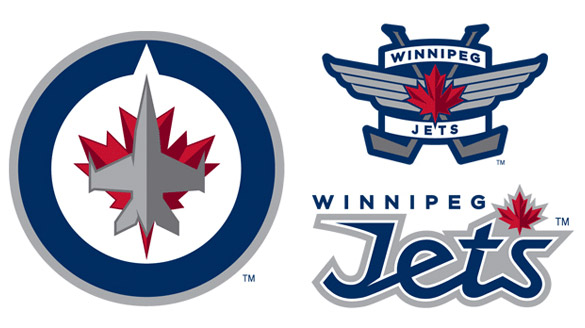 Just a little note in conclusion for what they did release as the new Jets identity. My first reaction was genuine relief. They didn’t go the direction of “crappy, hip, typical sports logo” and for that I send every thumbs-up I can to the team involved in creating it. Huge relief. It was obviously created with respect to the team and Canadian air force history.

It’s catching some beef online and I’m not sure it deserves it. Yes it looks a bit military, and I’m curious to see the logo from afar (like on a player’s jersey during a game) to see if the design holds up, but it DOESN’T look like a damn beveled raptor, or a silver shark or whatever that “thrasher” was supposed to be. It’s simplified, plays off the Royal Canadian Air Force roundel, and has the leaf worked in. Not so bad.

As for my little logo, might get some stickers of this guy printed up. This one’s for you, Winnipeg.