MASTERS OF THE UNIVERSE poster 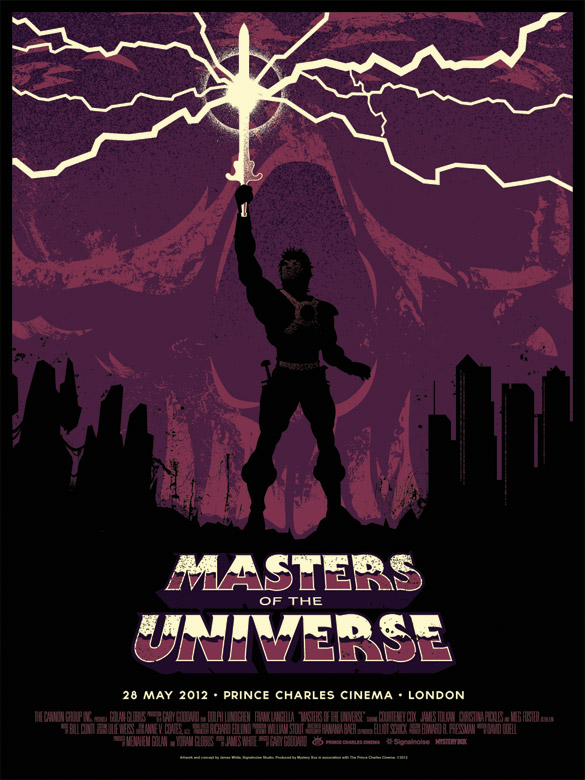 Here is the first poster created for the Prince Charles Cinema in London. One of my favorite childhood movies, MASTERS OF THE UNIVERSE will be playing at the cinema this coming Monday so be sure to check their schedule to see this sucker on the big screen. It’s on a double-bill with CYBORG too. Wish I could be there. 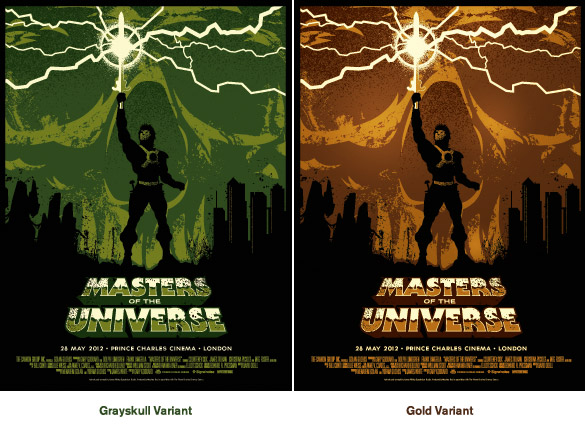 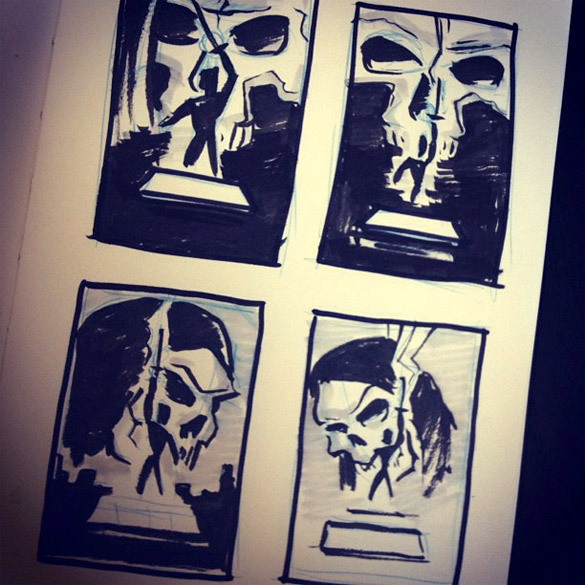 I had a great time on this one, creating something more stripped down and stylized as compared the the “likeness heavy” posters I’ve been doing. The influence for this one came right from early STAR WARS posters, depicting a heavily silhouetted character. Maybe channeling a bit of Olly Moss in there too.  I wanted He-man to resemble Dolph Lundgren from the live-action film, but posed exactly like the He-man from the cartoon. I also wanted Skeletor to double as Castle Grayskull in the background, again a reference to the cartoon. I love the live-action film but it really missed a few of those nice cartoon cues.

Since the show at the PCC is in 3 days, we’re as yet unsure about the printing of this one. But I assure you we are on the case to get things sorted out. I’d love to have a screenprinted copy of this one and already have some variant ideas in the works.

“By the power of Grayskull!”