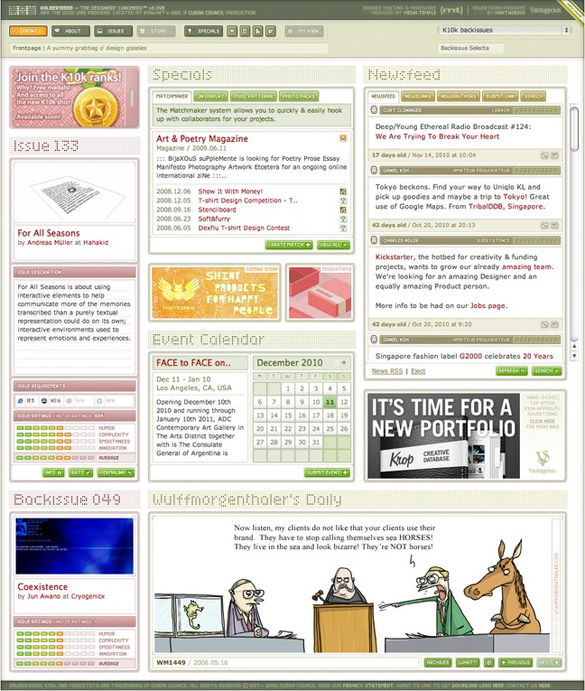 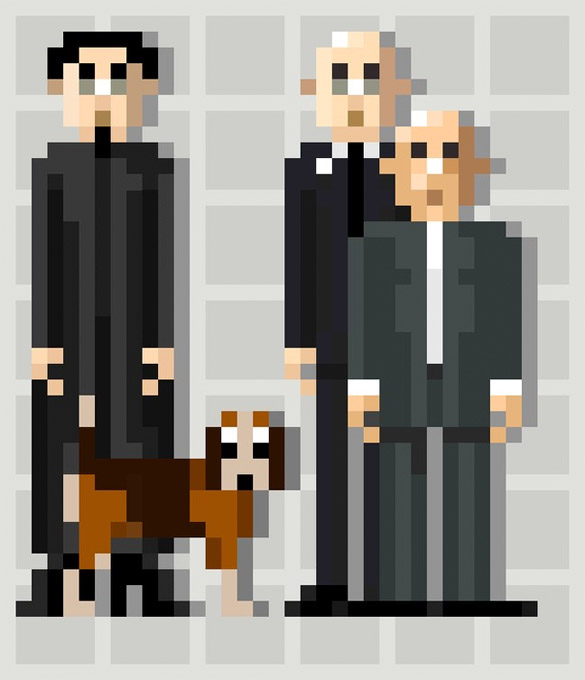 When I first got into the web industry back in 1998, I instantly immersed myself in the emerging online art scene. I was constantly surfing independent design websites to see how these other kids were using new technologies to create online installations and new digital artwork. It was pioneering time. An amazing time. Even though I wasn’t onstage back then, I was in the bleachers cheering these people on as hard as I could.

The bloodline of this online art scene was the “news stream” portion of web portal sites. The place where people post brief snippets and links to new amazing stuff they found. And the top of the heap, the best place to find new stuff which was updated many times every day … was the mighty Kaliber10000, or K10k.

Now, you have to understand when this was. I was a young design punk at the age of 21, and this is years before “blogs” existed so the spread of information was much slower than it is today. But K10k, man. If you wanted to have your finger on the pulse, you went there. I remember my palms sweating while waiting for their big redesign back in … what, 2001? When me and my design buddies would hang out we were constantly saying “Did you see that link on K10k today?”. That site saturated my life during that time. The boys even linked to a very early version of Signalnoise back in 2002. I felt like a king.

You could say sites like K10k paved the way for things like Twitter … hell, Twitter is basically a networked K10k newsfeed. But as time went on, the web portal sites closed up one by one and the blogosphere took over. The guys started up their own company, Cuban Council.

But I wanted to take a moment to tip the Signalnoise hat to K10k, which recently and proudly closed it’s doors. What Michael, Toke and Per did was extremely important to the web as a whole. But from personal experience … I probably never would have registered Signalnoise.com back in 1999 had I not been reading K10k everyday. I wouldn’t have been chasing a dream of creating digital art. That’s the truth.