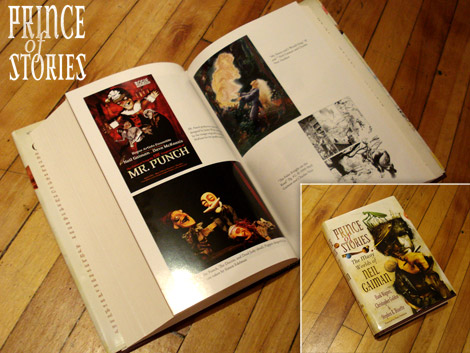 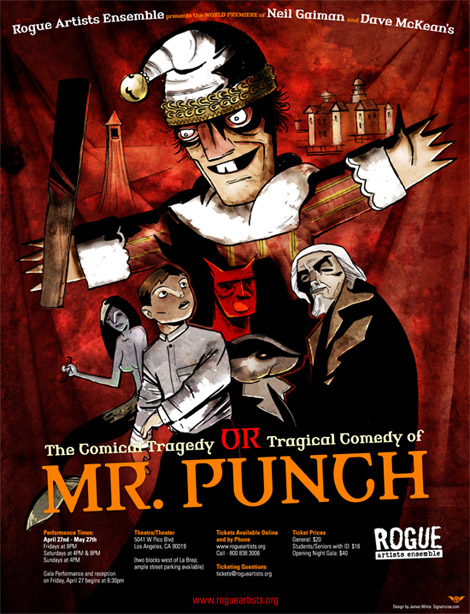 A biography about the works of Neil Gaiman was recently released, entitled Prince of Stories which outlines the many diverse projects the writer has been involved with over the years. I have been a fan of his for many years (mostly his comics and childrens books), and through him discovered one of my favorite artists, Dave McKean.

Much to my surprise, my own Mr. Punch poster was included in the novel. I designed the poster over a year ago for a theater company in L.A. who did a stage rendition of Gaiman’s Mr. Punch graphic novel, which McKean did all of the artwork for.

McKean is the reason I started to pursue a career in art and design, so it’s an honor to be included in a book with his works.