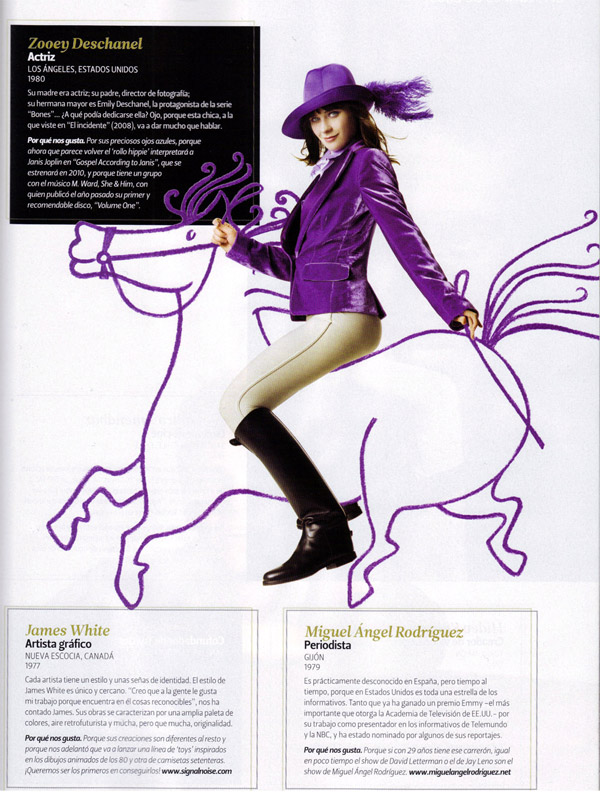 I got a copy of DT Platinum magazine in the mail yesterday, which includes an article entitled Los 21 Personajes del Siglo’, which (according to Babelfish) roughly translates into ‘The 21 People of the Century’. The article contains small articles of actors, directors, musicians, artists, sports stars and others.

Along with people like Jack Dorsey (Cofounder of Twitter), Alejandro Amenabar, Jay-Z, Ben Foster, Alex Turner (Arctic Monkeys frontman) and Raphael Nadal, they included me in the article as well. Pretty big honor.

It’s all in spanish, so I have no idea what they wrote about me :) Here is a larger version of the page if you want to check out my little write-up.