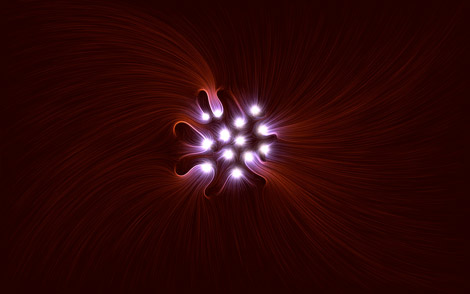 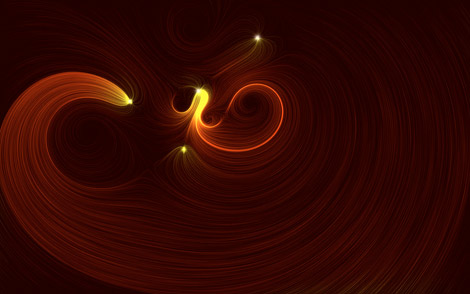 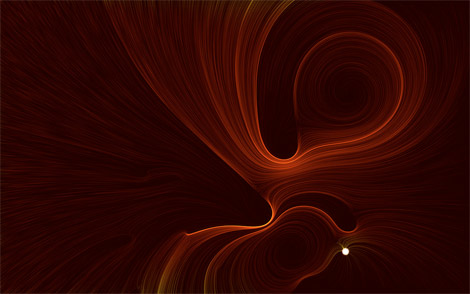 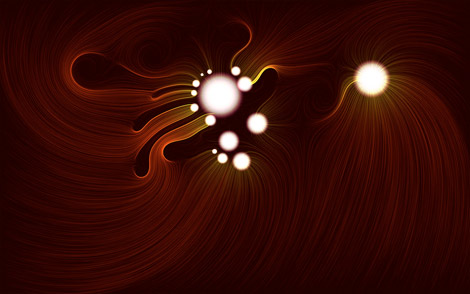 I’ve been following the work of Robert Hodgin since way back in 2001 when he was known only as Flight404. He was part of the Flash art movement, creating wonderful moving and interactive Flash pieces generated with programming.

He has since moved to other languages, including Processing, and I wanted to showcase a few of his newer excellent Flickr uploads. Here is what he says about the images above:

“What you see are 20,000 particles being pulled by a combination of gravitational forces and orbital forces. Spread throughout are a dozen or so orbital fields which cause the particles to travel in curves throughout the space. All of the fields are placed manually with mouse clicks. Runs in realtime.”

Yep, these pieces were made with 100% code, I’ve always been fascinated and bewildered by his work. If you want to see more of Robert’s work check out his Flickr stream as well as his website, Flight404. 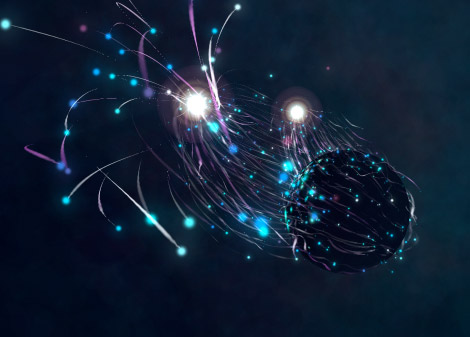 PS. You know the super-cool new Visualizer packed with iTunes? Robert made that too :)