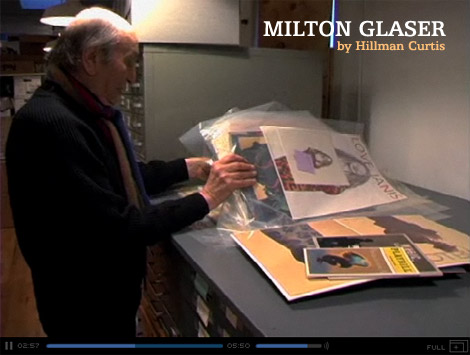 Hillman Curtis has been creating a series of short films showcasing an array of artists and designers, entitled quite appropriately, the Artist Series. I was recently introduced to the series through Fairspot.com, where they posted the wonderful Curtis-made video showcasing designer Milton Glaser. I was familiar with a few Glaser works, namely his poster featuring Bob Dylan, and his I Love NY logo. 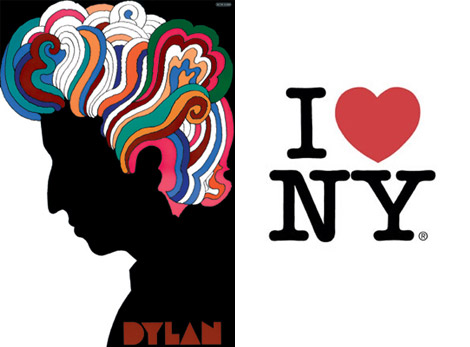 The film is incredible, showing many pieces of Glaser’s pieces and footage of his studio while he talks about the role of artists and designers in the world. Not only is Glaser skilled at his craft, but exceptional at breaking down the core reasons why us artists do what we do, and what the work means to the world. I can certainly identify with what Glaser was speaking about, as I’m sure many artists would. I wish I could write 50 quotes from Glaser’s dialogue, but instead I will settle on my favorite:

“Where am I going with design? That’s a hard question, because none of us has the ability to understand our path until it’s over.”

It is well worth spending 6 minutes to watch this inspirational film. Check it out here.