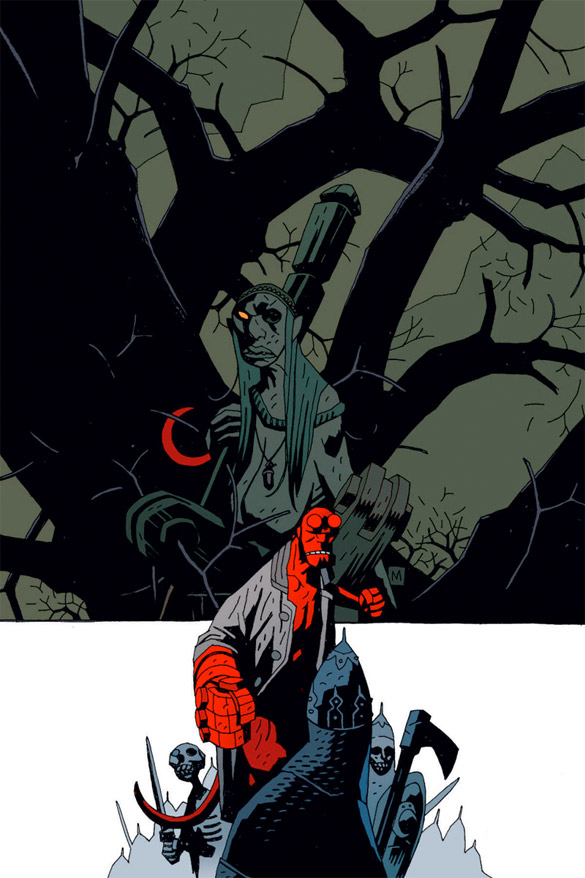 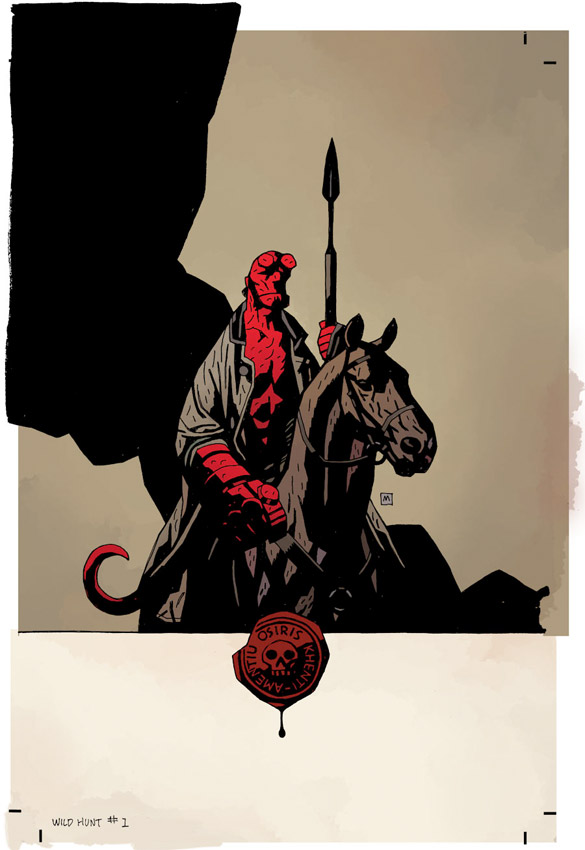 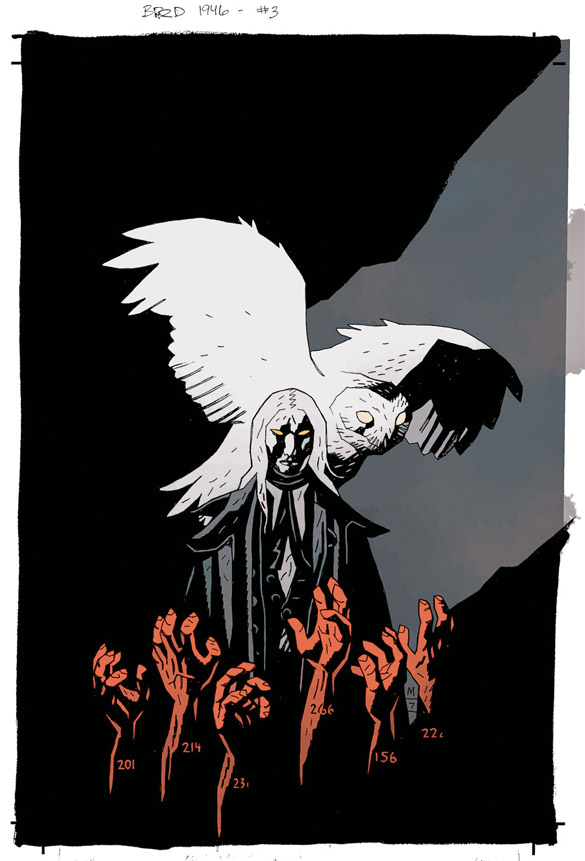 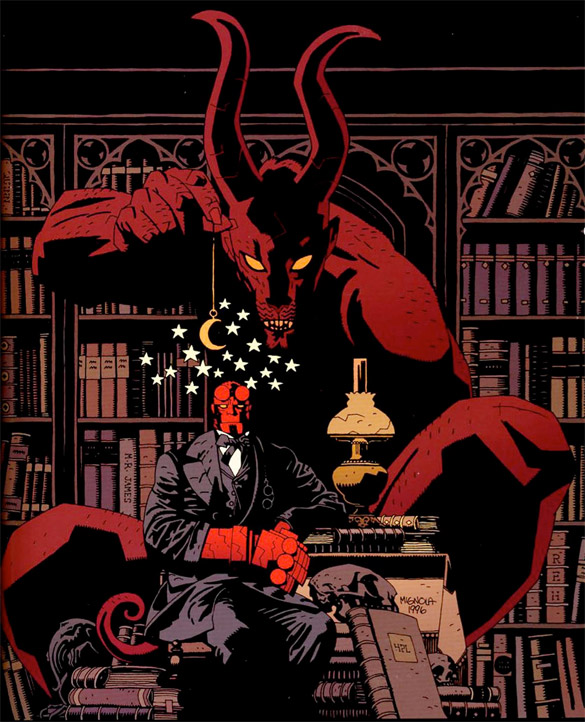 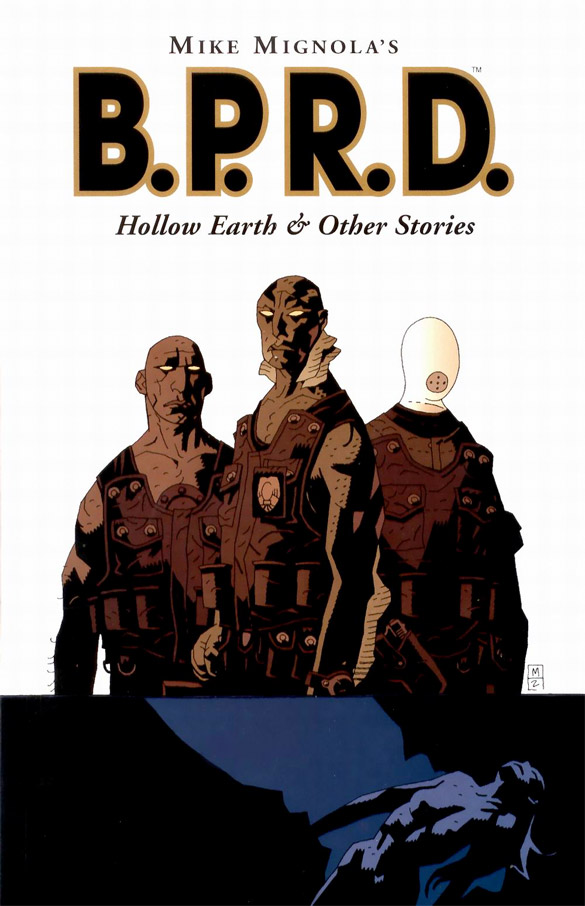 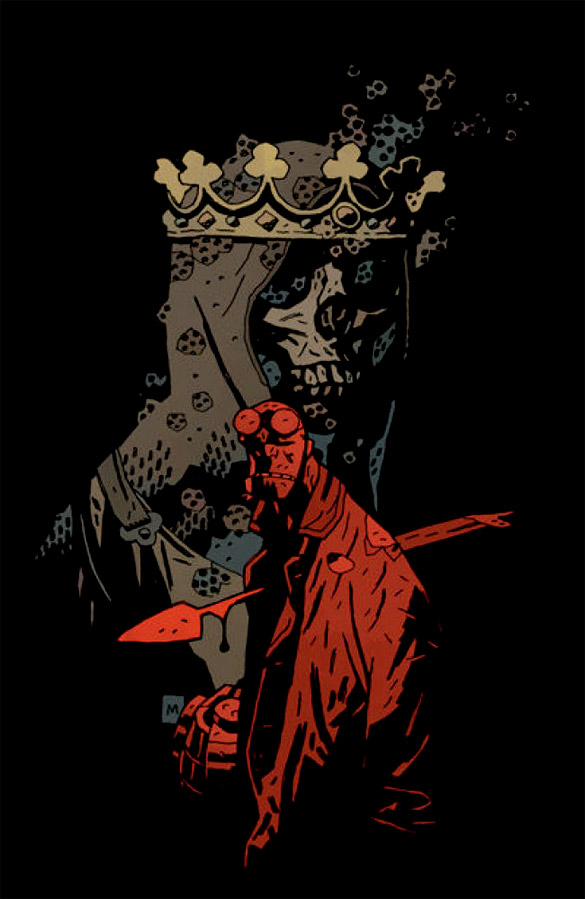 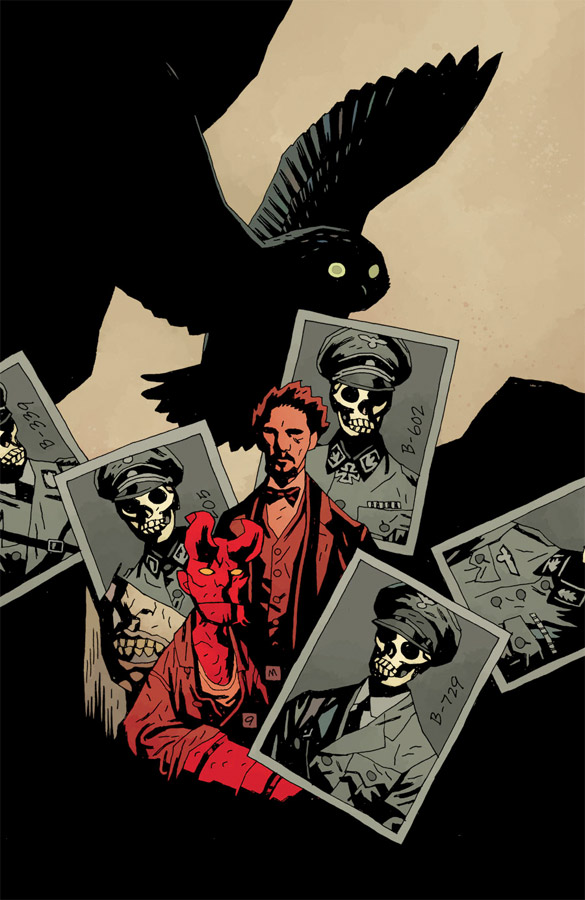 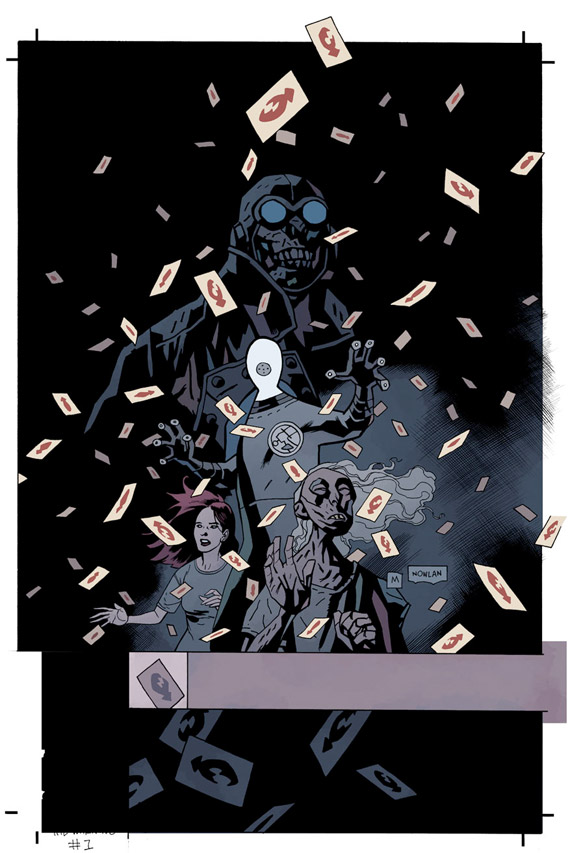 Here is a post I think is a bit overdue on my part. I really dove into comics back in the mid to late 90s, and to this day tend to re-read the graphic novels that reside on my shelf from that time period. Sandman, Sin City, Madman, Astro City, there was some really great stuff that came out back then. Amongst them was my favorite, Hellboy.

Now lets make the distinction. Most people unfortunately know Hellboy from the movies which I thought were alright, but the Hellboy I’m referring to was the comic book version. Let’s get old school.

Mike Mignola is the man, and the reason I think he stands alone in the world of comic books is because of his design sensibility. For those who are familiar with his work, you know his unique system of pacing. Mignola isn’t concerned with loading each panel and page with as much crap as he can, he does the opposite by including a full page with no dialogue, showing Hellboy walking through a forest with panels dedicated to showing flowers or a solitary bird sitting on a branch.

Another lovely design choice is his use of color, or more specifically, Dave Stewart’s use of color. His backgrounds and other characters tend to have a desaturated palette while Hellboy, and Hellboy alone, has a pure vibrant red. This sets his character apart on the page and makes him special. Excellent design choice.

Finally, Mike’s cover design capabilities. Me and my comic nerd buddies tend to make fun whenever we see a new Hellboy cover “Oh, there’s Hellboy standing in a plume of smoke again with heads and skulls behind him!” but it’s always kind-hearted. Mignola takes great care in constructing the elements of his covers, pulling cues from the story and arranging them with interest and atmosphere. Beautiful stuff.

If you are familiar with Hellboy, keep rockin’. If not, might I suggest checking out the short story entitled “The Corpse” for a wonderful example of Mignola’s art and pacing.