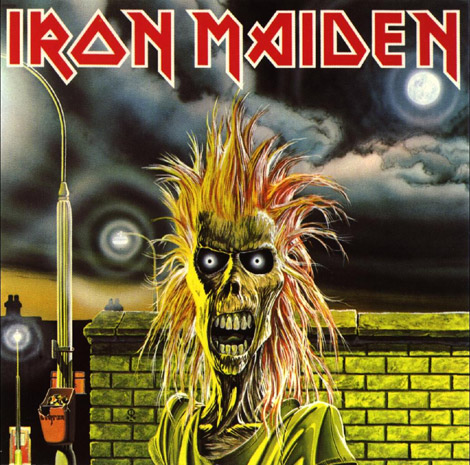 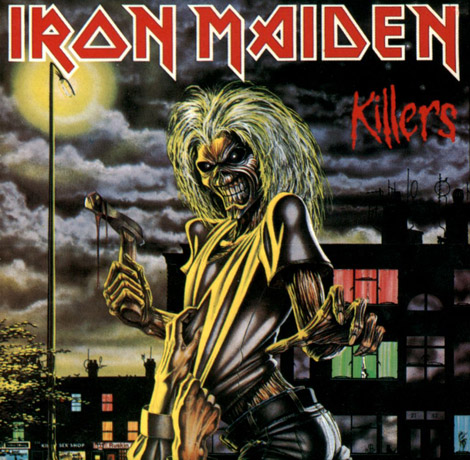 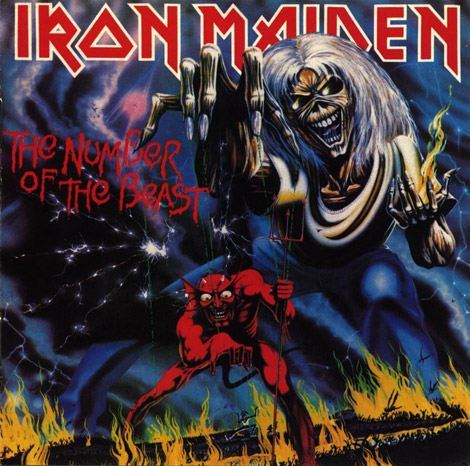 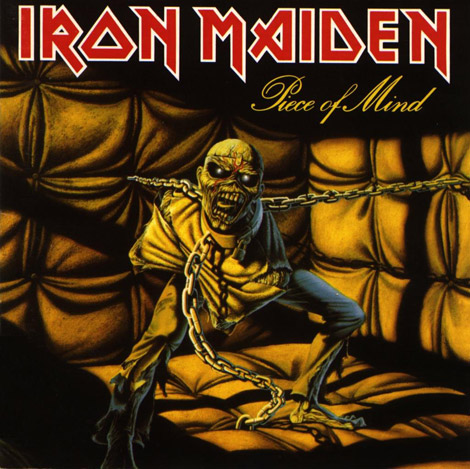 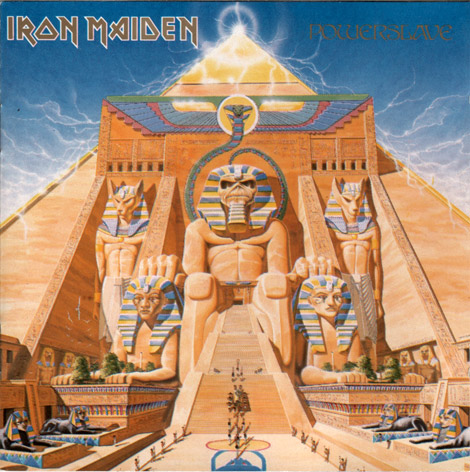 This inspirational post might be subjective considering musical taste, but being a metalhead here is a part of music history and identity design that simply cannot be ignored, the mighty Iron Maiden.

Maiden is a band that I only discovered for myself within recent years, but their part in metal history has been substantial and undeniable. In 1983, after releasing their self-titled album, Killers and Number of the Beast, Iron Maiden claimed the global metal thrown after going platinum in the US with the release of Piece of Mind. Only to follow with the epic Powerslave. I was 7 years old when Powerslave was released, so I was too wrapped up in toys and cartoons to notice when metal was the top selling genre on the planet.

Other then killer riffs, over the top solos and operatic vocals, Iron Maiden has another strength on their side which was the artwork of Derek Riggs. Riggs supplied Maiden with album artwork throughout the 1980s and into the 90s, and created Maiden’s noteable mascot Eddie. Riggs’ instantly recognizable artwork played a big part in placing Maiden at the top of the metal heap, and spawned a number of other bands attempting to create their own style and mascot based on Maiden’s idea.

Check out Derek Riggs’ website for more of his work.