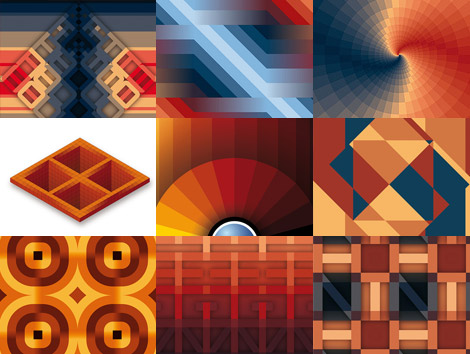 I have been following the work of Italian designer Daniele De Nigris for a few months now and have been floored by the sheer amount of experimental work he pumps out. His Flickr stream is teeming with bold vector works with pattern experiments, typography, impossible perspectives, overlay experiments, and the list goes on.

His pattern and impossible perspective works are very much akin to the work of M.C. Escher, while his illustration work has a certain starkness much like René Magritte with a modern execution and slickness. There is also a retro touch to his art. Very inspiring stuff.

His work speaks for itself, just check out his Flickr stream.