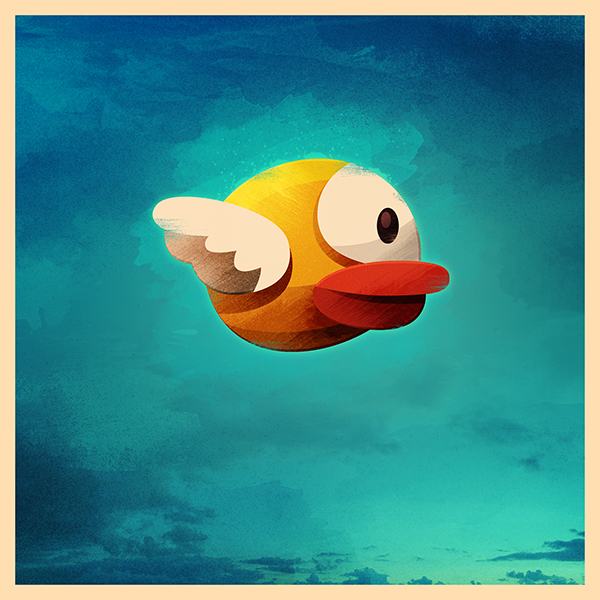 I wouldn’t call myself a “gamer”. I was really into the NES and SNES when I was growing up, spending countless hours playing games on my own or with my buddy Mike. But as I grew up the game console was steadily replaced by my sketchbook and then Photoshop. But I never lost touch with my gaming roots and try to stay informed as to what’s going on in the industry as best I can.

This weekend I watched the whole Flappy Bird thing unfold and it was a real bummer to see. This cute little game made by a guy over in Vietnam achieved unexpected success, and immediately the online gaming audience swooped in to bash the hell out of it. It’s no secret that a large part of the gaming world are just rotten people, but still. In the end, the developer took the game down. I won’t get into detail here, click the link above if you want the scoop.

Being a pop-art guy who likes things that reference other things, I enjoyed the Mario Bros. influence the game brought with it. Yes, INFLUENCE… which is different than “ripping off”. But hey, that’s just how I see it.

Anyway, above is my own little Flappy Bird tribute titled “Troubled Skies”.