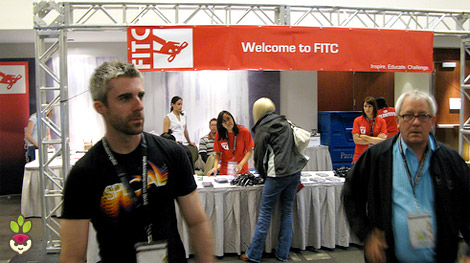 So I’m now back in Halifax after attending FITC Toronto. I attended FlashForward way back in 2000 but have not had the opportunity to check out another conference since. I am extremely happy to have made it to Toronto for such a wicked time. I saw some exhilarating presentations by design industry leaders, met a tonne of great people and had a wonderful time at the multiple after parties.

It was announced that all of the FITC presentations were filmed and will soon be available on Vimeo, so I will be posting those once available. But for now, here is a little wrap-up of some of the hilights of the trip. 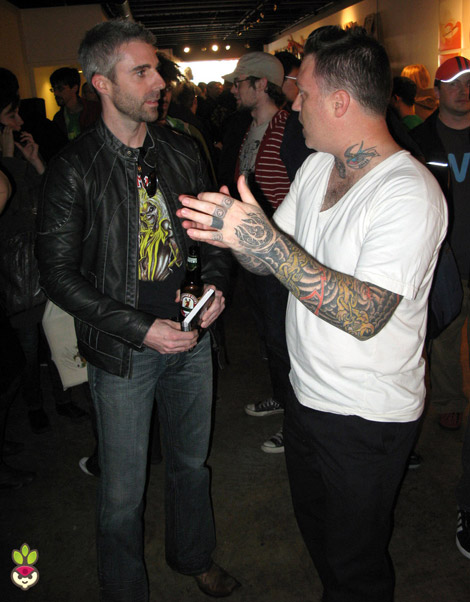 Top of the creative heap was seeing the mighty Joshua Davis do his presentation entitled ‘Space’. The talk was an excellent representation of his personality, work ethics, inspirations and exhibitions. On top of how inspirational his material was, he is a damn hilarious guy onstage.

Following his talk he had a wicked artshow entitled ‘Outside the Lines’ at a wonderful gallery/art shop called Function 13 where me and Chris hustled over to immediately. After following Josh’s work for 12 years, I finally got to meet the dude and jam with him for a few minutes at the show. Super solid guy, and I even bought one of his exhibition prints which Josh informed me was “the first print he created for the show.” 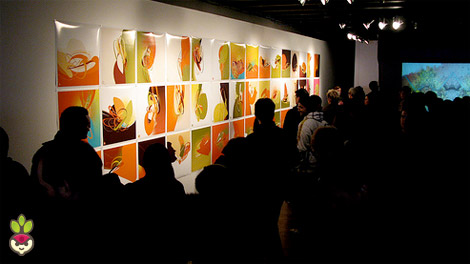 Here I am with the print I purchased. 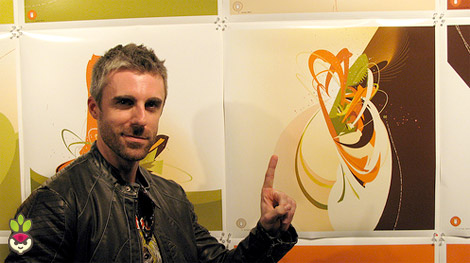 Also at the show I had the pleasure of meeting Nick Alexander, otherwise known as Good Morning Stranger! Wicked guy, been a fan of Nick’s work for a while now so it kicked ass to meet him for real. 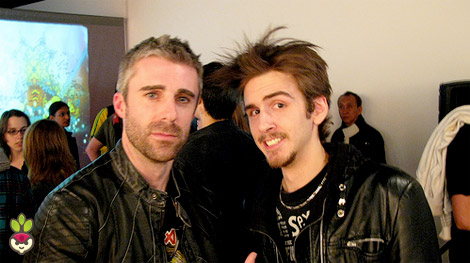 Chris and I were about to enter the final after party when he spotted Shaun Hamontree of MK12 chilling outside. We had seen his presentation where he talked about his killer work on the Quantum of Solace opening credits, as well as an inspirational panel he sat on earlier that day. Chris earned his nickname of ‘Ice Breaker’ once again and sparked up a conversation with him, which led to him and I nerding out about Tron, Star Trek, etc.

I sat in on some fantastic presentations, they spared no expense in getting some of the best and brightest from the design/tech industries and I feel very fortunate to see these people present their material. The hilights were certainly Joshua Hirsch from Big Spaceship, Golan Levin and Zach Lieberman talking about their ground-breaking technology, Alex Cove discussing his beautiful algorithms, Brett Rampata from Adobe showcasing the hilarious new MTV Jackass application, and Ron Gervais from BTRY talking about his killer motion work.

And last but not least, we got to meet up with the awesome Allison McCarthy from Odopod with whom we hung out with for the duration of the trip. You rock, Allison! 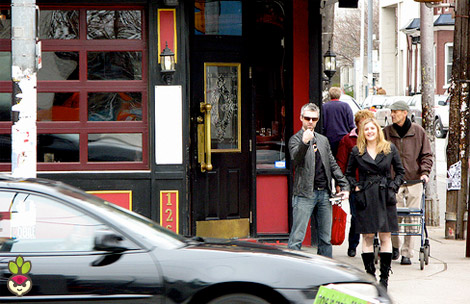 So this is a super condensed wrap-up of the trip to FITC Toronto as it seemed to go by in one giant blur. Had a wonderful time and can’t wait to attend the conference again next year. Thanks for everything, Toronto!

*Also big thanks to my pal Chris Toms who took all of the photos used in this post.