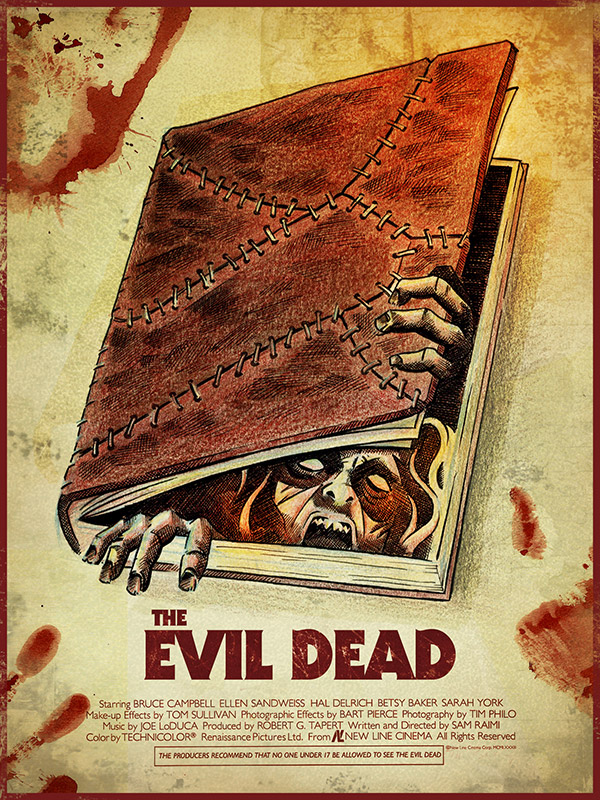 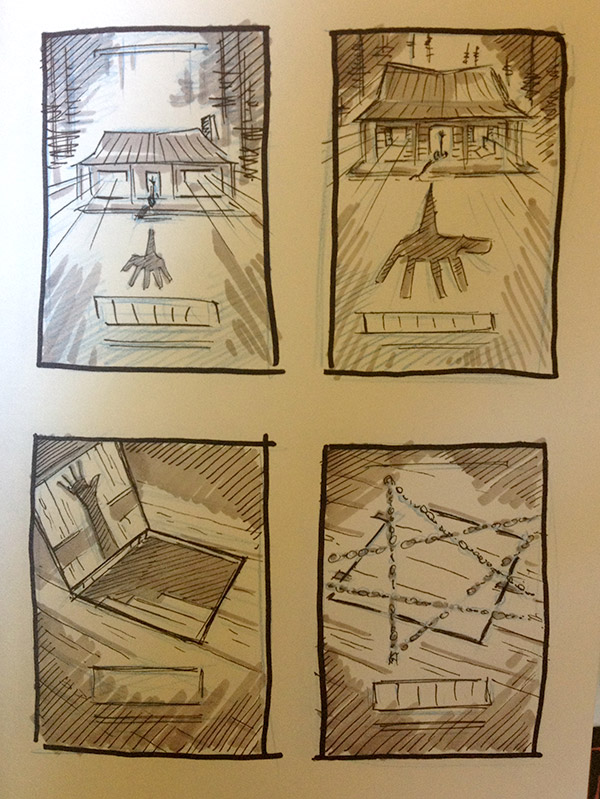 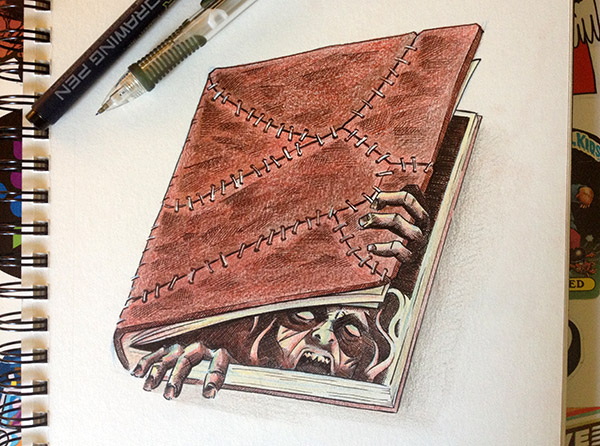 Here’s another one to be filed under: posters that never were.

Earlier this year we were in talks with the studio before the theatrical release of THE EVIL DEAD (remake). We expressed my interest in the movie, and being a big fan of the original film I really wanted to take a crack at an alternative art poster. I was SO gung-ho that I developed the concept above (with the aid of my buddy, Dave Howlett) to get them excited about the project.

Hand drew the image and went crazy with the cross-hatch. I wanted the poster to have the same aesthetic as the pages of the Necronomicon.

Everything started well but, like so many of these things go, the licensing process ground to a halt until we eventually gave up. Too bad, because I really like the concept on this one.