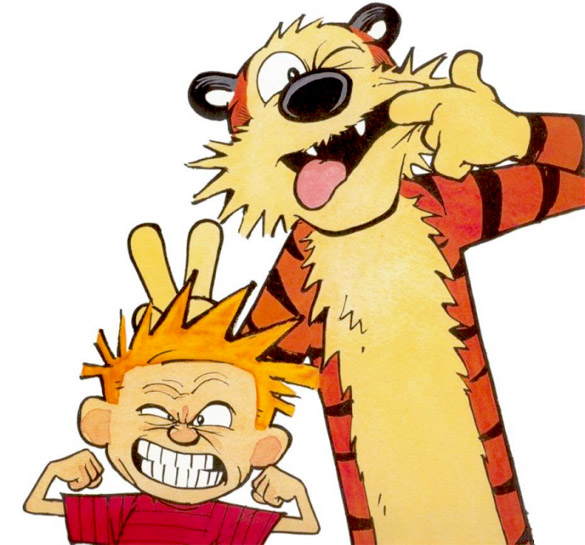 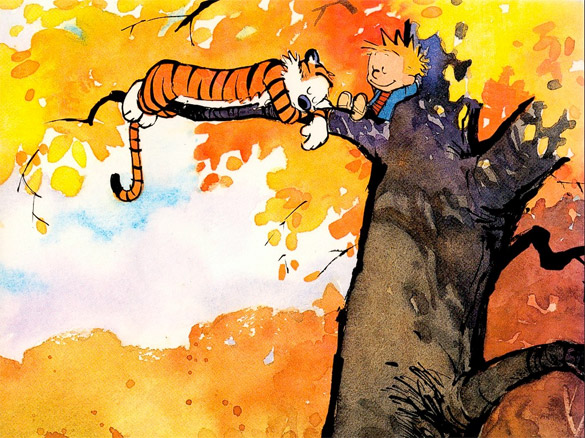 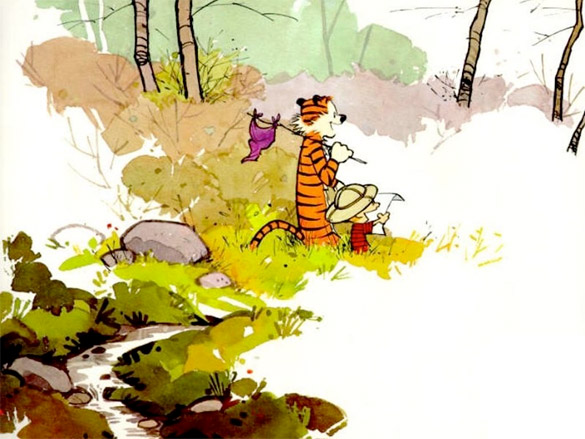 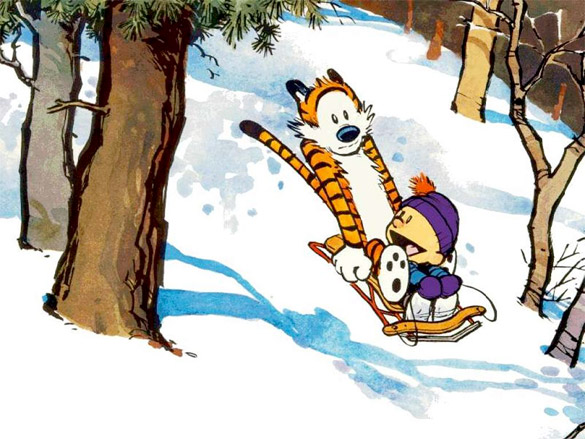 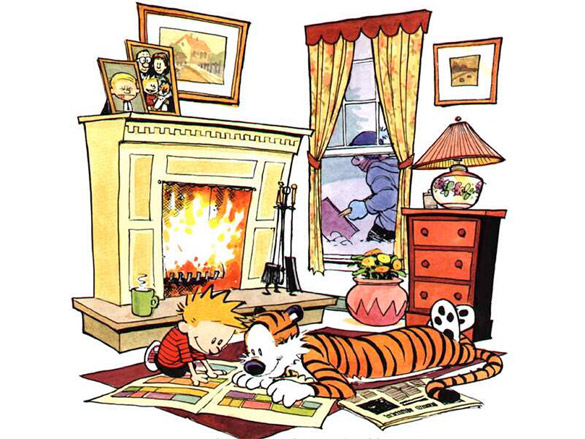 A conversation with my pal Jerko yesterday prompted me to make this post about my favorite comic strip, Calvin and Hobbes by Bill Watterson. I came across the strip quite by accident in grade 8 when I ordered “Yukon Ho!” from Scholastic because I thought the cover looked funny. I was always looking for new things to draw, this kid and his tiger might be fun, right?

Little did I know at the time how much of an impact Calvin and Hobbes would have on me, and that I would still be reading and appreciating it almost 20 years later. I identified a lot with Calvin and his hair-brained schemes that never worked or got finished. I was a lot like him at 6 years old, without the destructive behavior. The strip presented a really rational view of the world, especially how Calvin viewed what was going on around him and why he thought it was all rather silly or confusing.

When I was younger, I loved the wacky characters and the gross situations Calvin initiated. But now I can appreciate more the dialogue, in particular the strips where Calvin and Hobbes are in the wagon and Calvin presents a florid depiction of life and experiences … before the wagon crashes and Hobbes cracks a joke. I could get into more of the mechanics of the strip and the brilliance of the art itself, but I’d be writing all day.

Outside of all the gross, awesome and hilarious bits the strip touched on (like a beautifully rendered painting of a T-Rex flying a fighter jet), Calvin and Hobbes brings with it a heavy sense of nostalgia. I can’t remember what strip it was, but Calvin made reference to his one summertime responsibility was how much fun he needed to cram into every day before his mother called him in for the night. I remember those days. That’s why I chose the images above, they are nice calm scenes with Calvin and Hobbes doing what they loved … goofing off and creating adventures in their own little world.

In it’s medium, I put Calvin and Hobbes up there with Nirvana and Seinfeld. Bill Watterson did it the best, with honesty, and he cared more about the characters and their world than he did about fame and fortune.