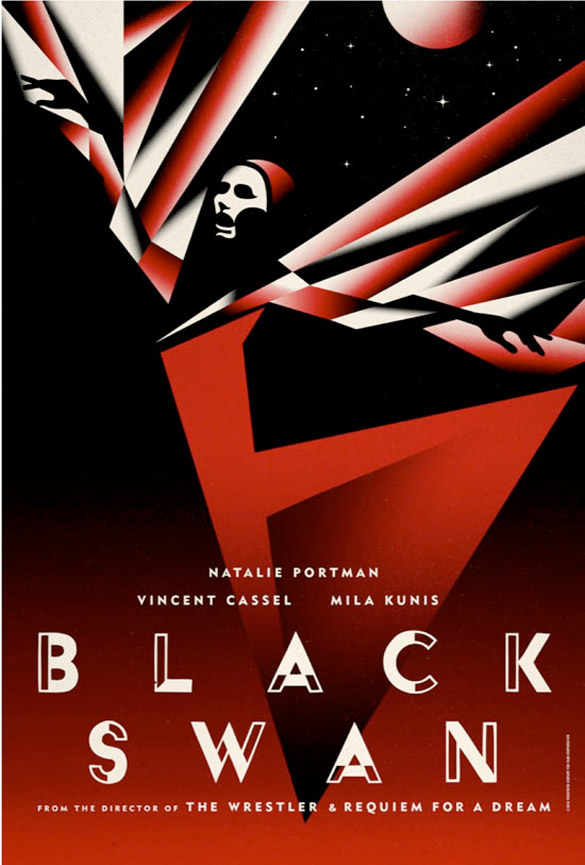 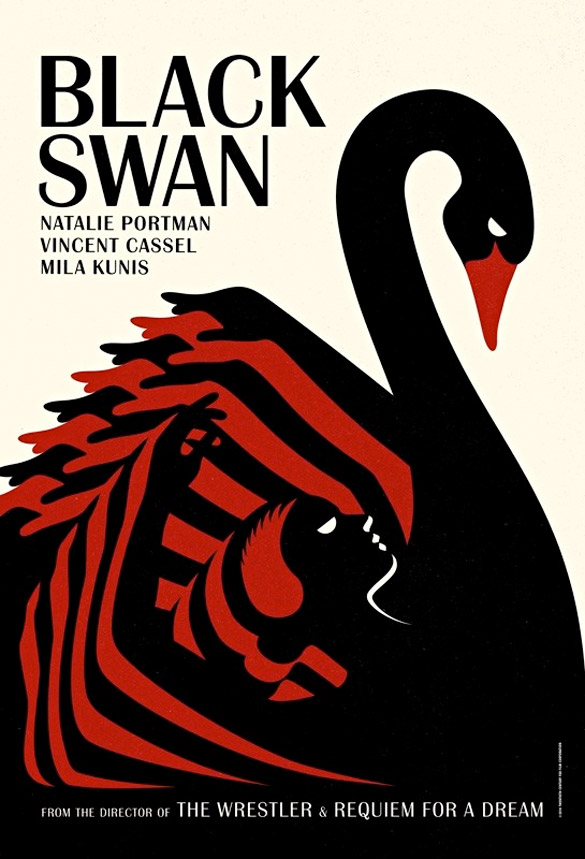 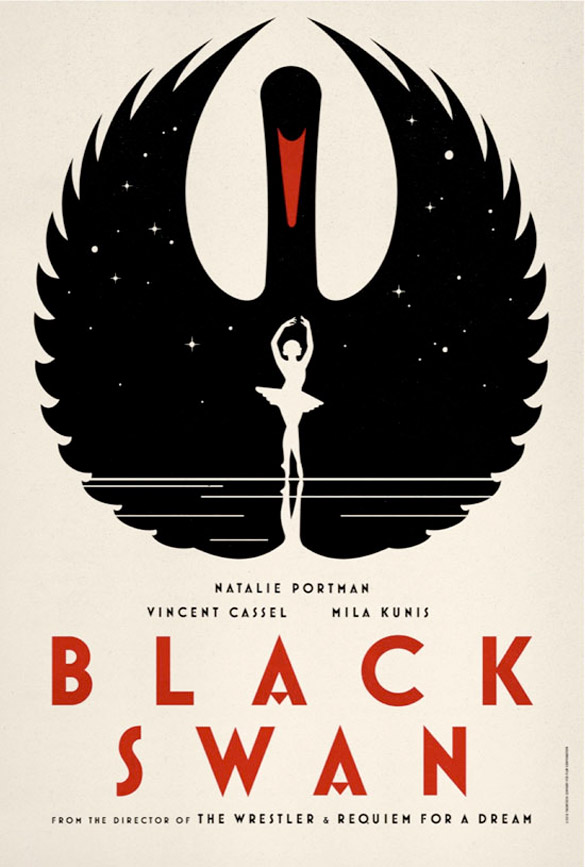 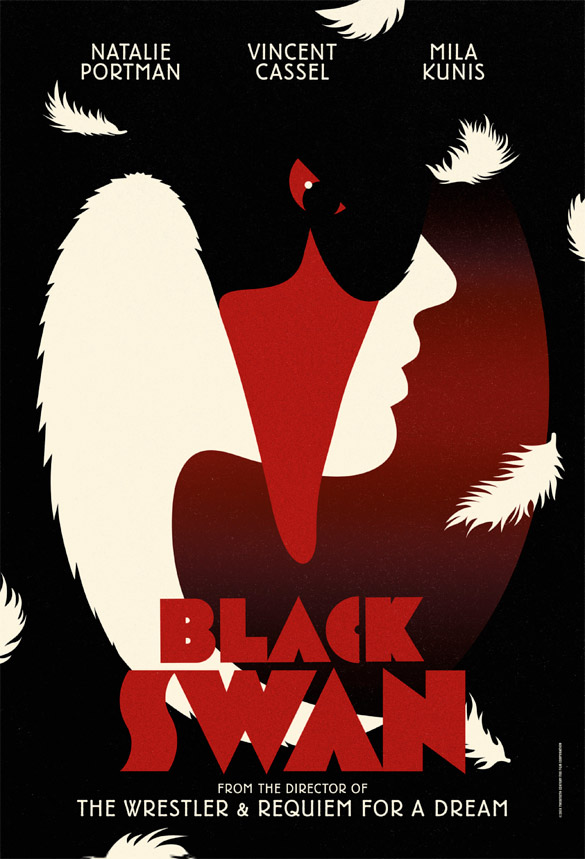 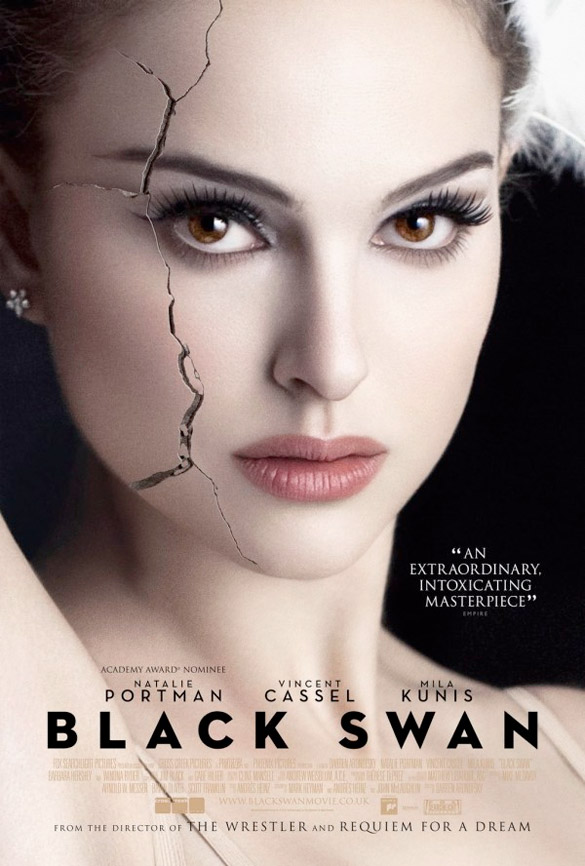 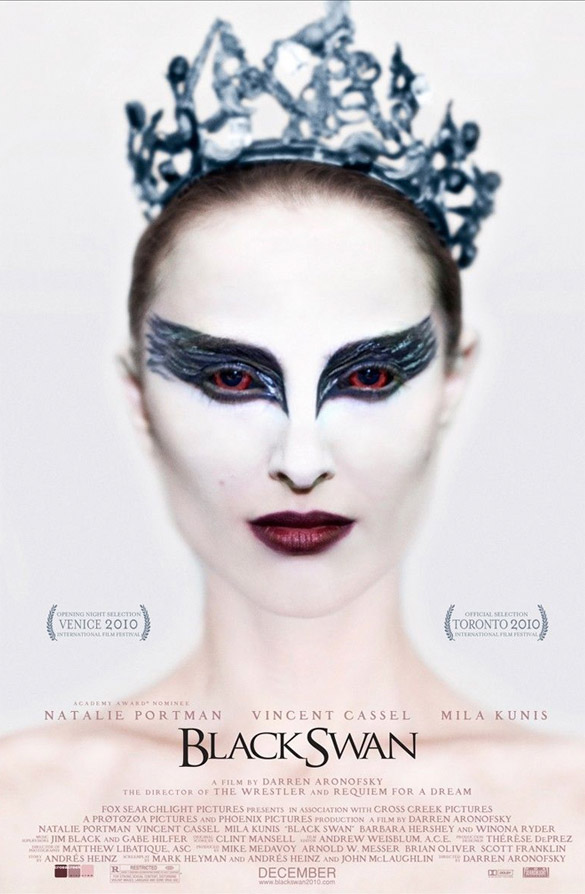 The movie posters for Darren Aronofsky’s new film Black Swan have been a pretty impressive run. I came across the topmost posters a few months ago, struck by the classic sensibility of the colors and illustration. These posters emerged online when I hadn’t a clue about the movie or what it was about, but it instantly had my attention. Even the new posters sporting Natalie Portman’s face are done well, creating a sense of unease which I hear is a main theme of the film.

But let’s talk about teaser posters for a moment. I’ve done some riffing on Hollywood for consistently messing up modern movie posters and I’d like to use Black Swan to support my argument. Marketing of films are angled toward whoever has the starring role, this is painfully obvious. But teaser posters are a different breed of marketing. As I said earlier, I was instantly intrigued by Black Swan upon seeing those teasers above, so much so that I kept it on my radar as the trailer was released and everything ramped up. That is exactly what a teaser poster should do, create interest. Those posters are beautiful, mysterious, atmospheric and above all, different!

I’m confident in saying that if those posters weren’t released I probably wouldn’t have cared enough to watch for this movie. And I certainly wouldn’t be writing this right now.

So Hollywood, please take a few notes from Aronofsky on this one. If you claim the official poster of whatever movie should have a big picture of Tom Cruise’s face, then fine. But why not explore alternative styles, designs and creative for the teasers in order to garner the interest of folks outside of the lead actor’s fanbase? It worked in my case.