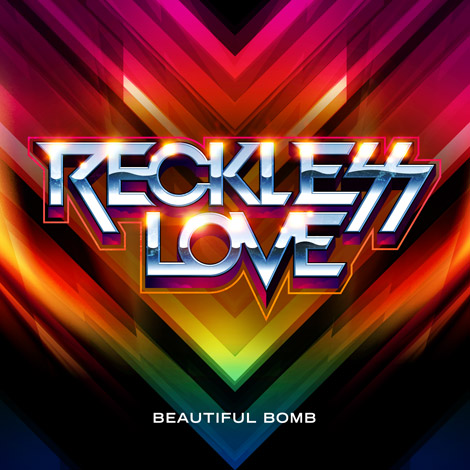 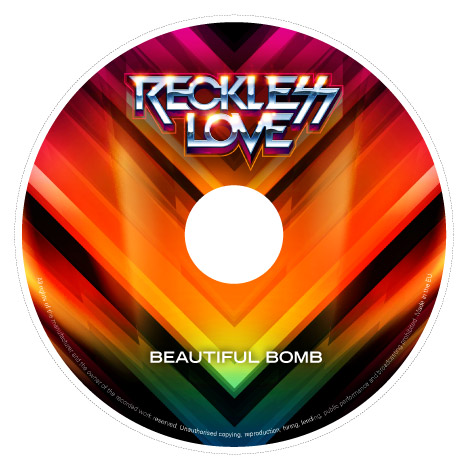 Reckless Love is a 4-piece hard rock/metal band from Finland inspired by the likes of Mötley Crüe, Iron Maiden, Judas Priest, Halen . . . everything fun about metal in the 1980s. They just recently released their second single called Beautiful Bomb to follow-up their first, One More Time. Their agent attached this promo shot with the email when he initially contacted me, to which I blurted out “These guys look awesome! I’ll definitely work with them!”

Olli (the lead singer) and I started hammering through the logo style, which went through a few different versions before we settled on the final design. We both wanted something big, like Metallica or Judas Priest, but still captured the fun of the group’s sound. I posted a few of the different iterations above to show how the process went, from the stripped down vectors to the final renders. As for the cover of the single they wanted something bright and colorful, which I was happy to hear :) ’80s metal goodness.

These are the kind of clients you want to work with, man. They are as excited about the music and design as I am, and we’re all coming from the same sources for inspiration in our different fields. Great bunch of guys, and more to come from Reckless Love, for sure. But in the meantime you can catch up with the guys on their Myspace.