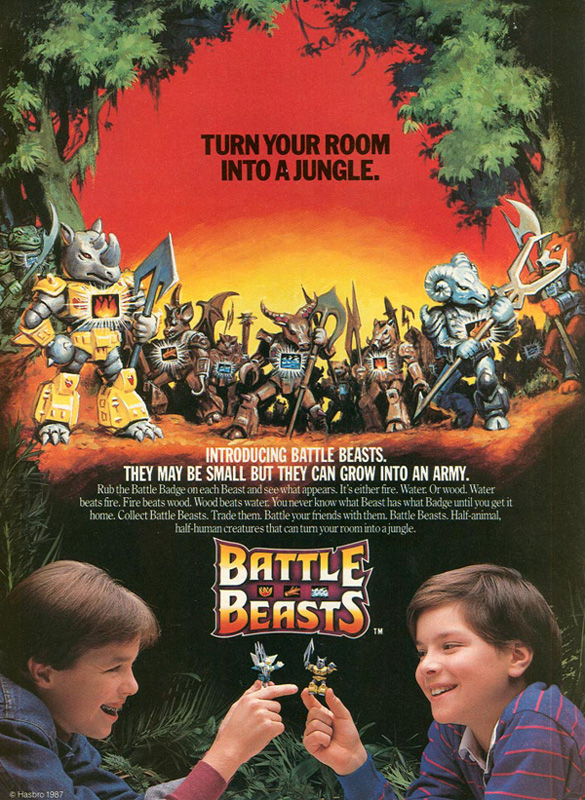 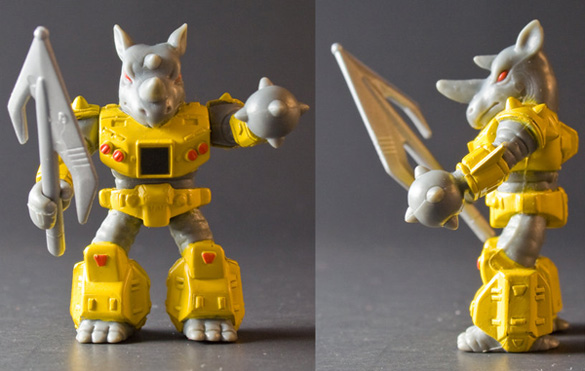 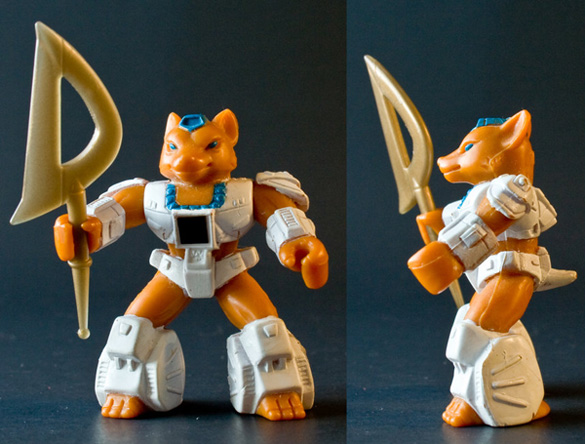 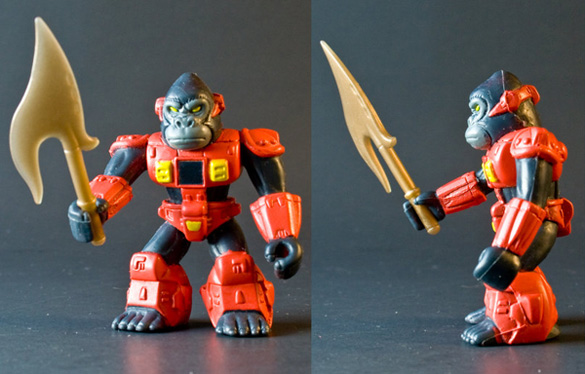 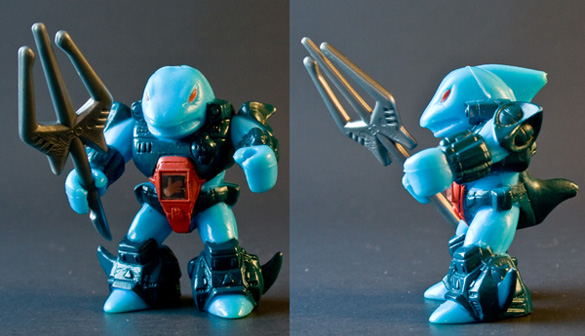 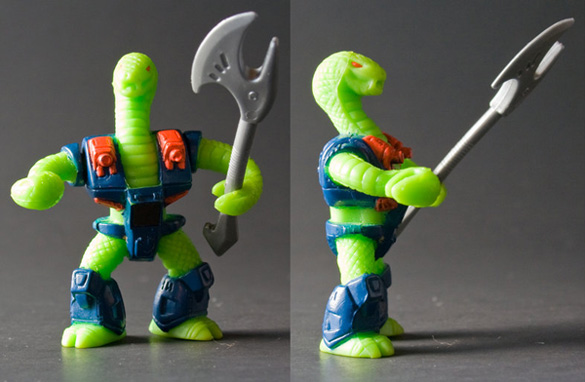 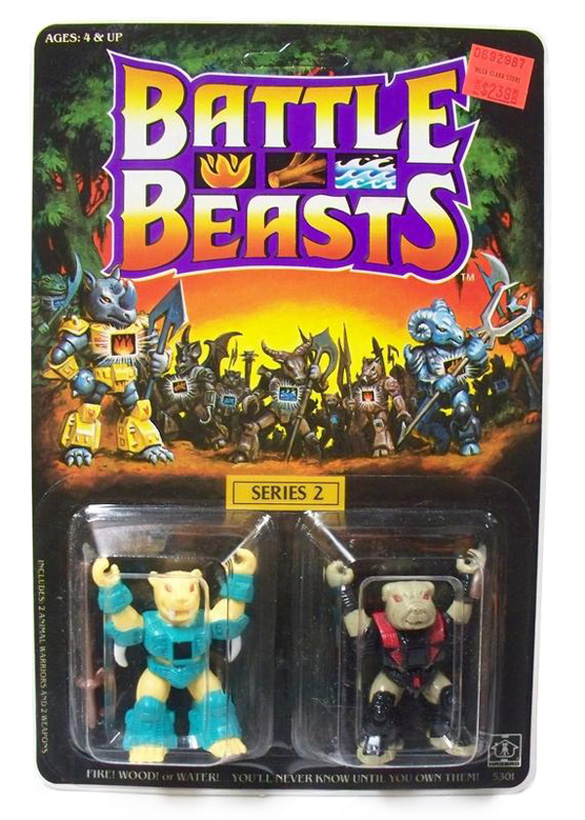 Fire! Wood! Water! Hasbro licensed these wicked dudes from Takara Japan to sell in the States and elsewhere in 1987. They were a Transformers spin-off in Japan, but Hasbro decided not to tie into that continuity with their own marketing. The mid 80’s was a time when many toys had some sort of gimmick to help sell them, in this case, each Battle Beast had a heat sensitive sticker on its chest that revealed either fire, wood, or water. A sort of paper, rock, scissors in toy form. Fire beat wood, wood beat water, and water beat fire…if you were a super lucky kid, there existed rare and mythical Sunburst figures; find one, and you could beat anyone. Bad ass.

Battle Beasts came packaged in pairs, which was strange at the time. I remember thinking how cool it was to get “two for the price of one”, although it’s a pretty commonplace tactic these days. I always considered the pairings to be like pro wrestling tag teams. My first pack consisted of the Rhino and the Fox; whenever there was a Beast Battle Royal in my back yard, those two always found a way to come out victorious. Still my favorites to this day.

My brother and I collected every one of these pint-sized animal warriors along with their many play sets; looking back, we had some really fun times with them. Unfortunately, somewhere along the road to adulthood my collection must have landed in the trash. The same old sad story. When I took a quick peek on eBay for some of these figures, I was astonished at how much they are going for. Like adding salt to the wound. While it doesn’t seem as if I’ll be scooping up any replacements anytime soon, at least I’ve got the memories.