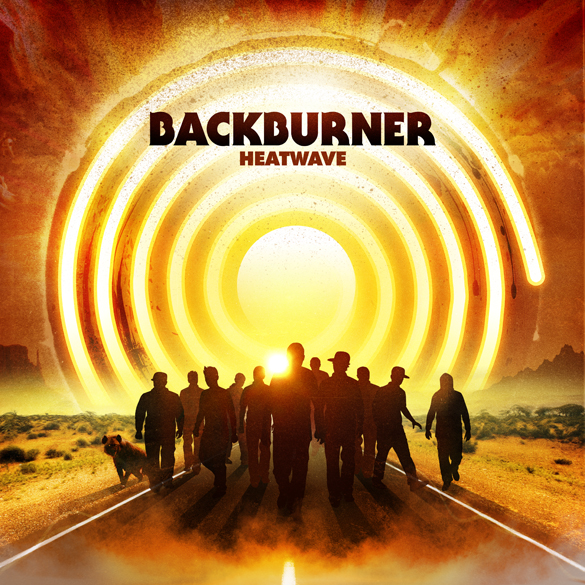 Here’s one for Canada. I was asked by my good pal Sean “Wordburglar” Jordan to design a cover for the upcoming album by Canadian hip-hop crew Backburner. I always said that designing stuff to help friends’ projects is always the most fulfilling and this one was no exception. SJ sent me over a little brief of what the cover might entail and I got to work.

I had a lot of fun working on this one. The album is called Heatwave and needed to obviously bring the heat. Fire, sun, desert, a hyena and a giant burner to set the stage. Loads of orange. Huge orange. When it comes to the palette, working with orange in Photoshop is super versatile and you can really play with some nice reds and yellows in there.

I wish I could name everyone in the Backburner crew, but there are a million guys in there representing different parts of Canada. Me and SJ are holding down the Halifax turf. So watch for this one, gang. Canadian talent, not to be messed with.