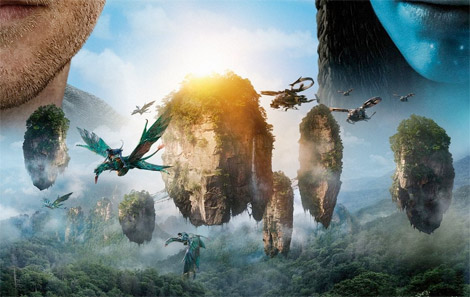 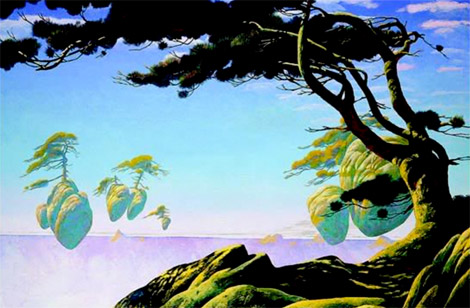 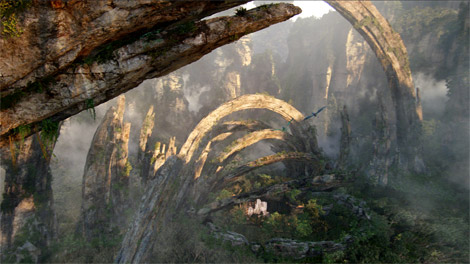 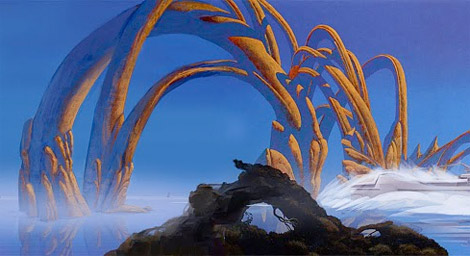 I went and saw Avatar last night for the first time and really enjoyed the film. Beautiful colors and lovely phosphorescent lighting were peppered throughout the film, and I liked the contrast between the nice jungles and cold steel of the military ships. I won’t go too deeply into a review of the film, because that’s not what this blog is about :)

I would, however, like to point out one element of the film which relates to one of my favorite artists, Roger Dean. I saw a promo poster which featured big floating islands which immediately reminded me of Dean’s work, so I got pretty excited when I saw them appear onscreen. One of my favorite paintings come to life, which is pretty cool. Then another scene featured huge arching rock formations, reminiscent of yet another Roger Dean piece. Awesome.

I enjoy it when filmmakers use traditional works from the past and recreate them “for real” onscreen, and what better artist to gain inspiration from when dealing with alien landscapes?

On a related note, Alex over at ISO50 wrote an article discussing some of the typography choices of Avatar. Check it out.