Adobe vs. Signalnoise for SDCC 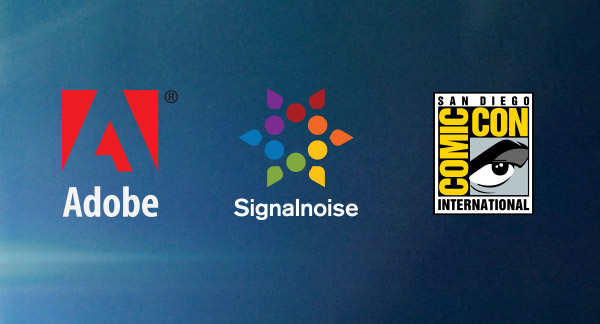 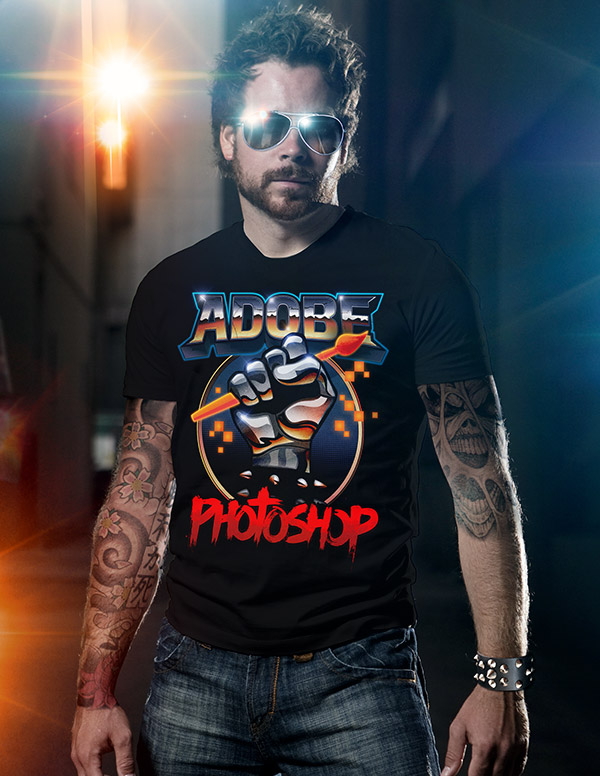 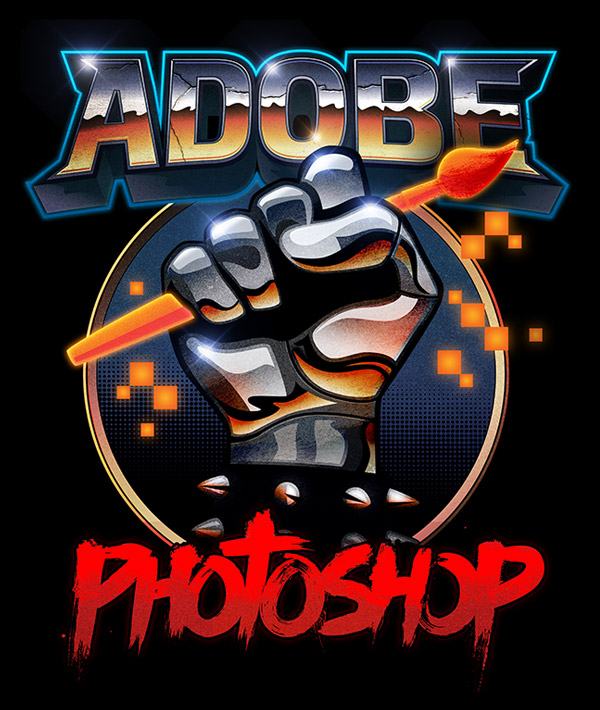 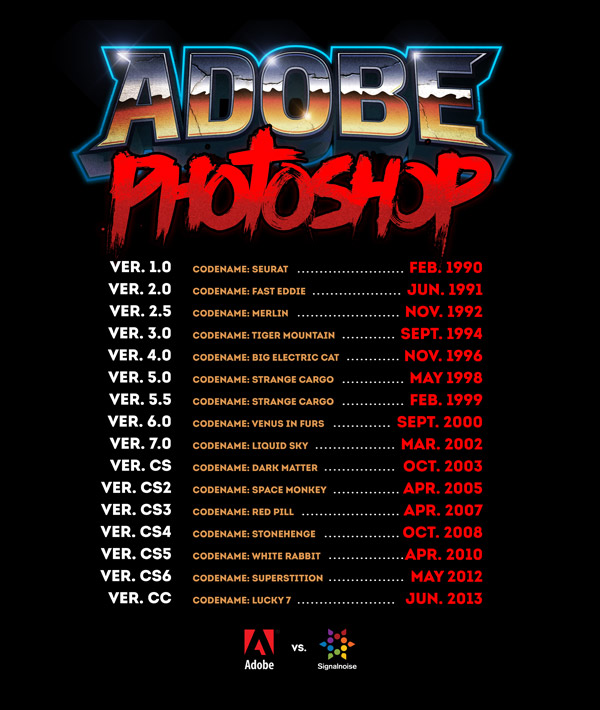 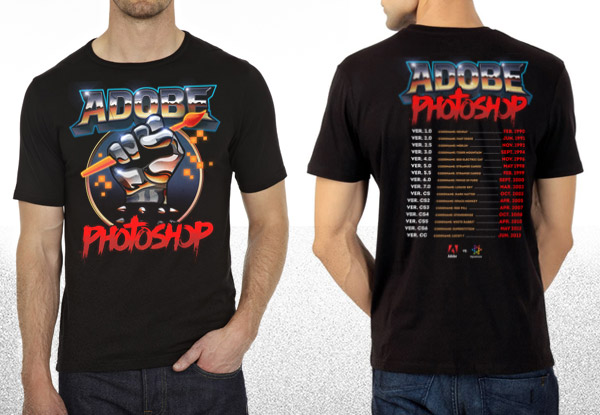 I was approached by my friends at Adobe to get some input on a tshirt design they wanted to do for the San Diego Comic Convention. They wanted a little limited edition thing to give out to people who dropped by their booth, but something a bit more interesting than just the Photoshop logo. Something people would want to wear with pride.

So my kneejerk, knuckle-headed response was “We should make an ’80s metal shirt!” and to my complete surprise they jumped at the idea. The only reason I blurted that out in the first place is because I wanted that shirt for myself. After I stopped laughing I got right to it. Chrome text, fist, red brush text… this design got it all. Tour tshirts always have the tour dates listed on the back, so for this one I listed all the dates of Photoshop’s major version releases and the actual codenames. So nerdy, man.

Once I started building that chrome hand I thought I may have bitten off more than I could chew. Never tried anything like that before, but it all came together in the end. Picked up a few new skills along the way, can’t sneeze at that. Above you can see I took a photo of my own hand for reference.

As of now, this shirt will only be available at the Adobe booth (#4145) at SDCC, and only through my man Daniel Presedo. Hit him up on Twitter. Very limited supply, so if you’re going to be there and want one of these silly things, you’ll need to act fast!