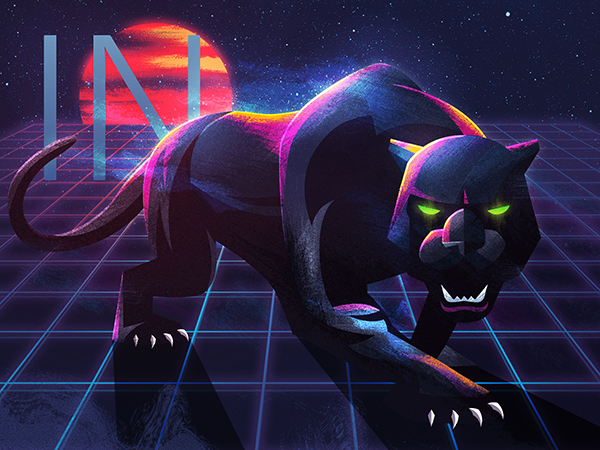 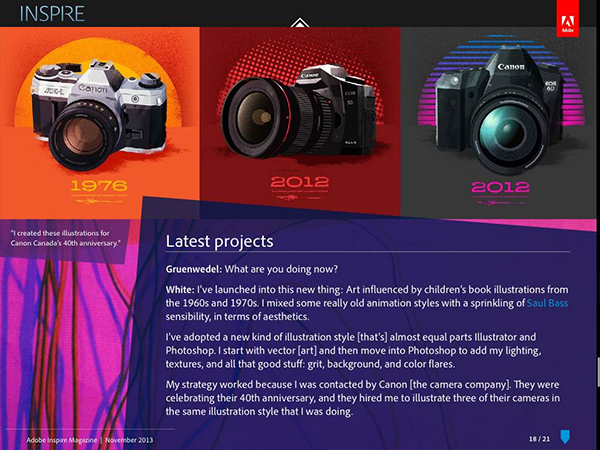 Absolutely honoured to have been interviewed by the crack team at Adobe Inspire Magazine, and featured in this month’s edition. Having been a user and fan since the mid-90s, it was incredible to be called up by the very people who created the programs I use every day. I was on a trip to Toronto when we set up the call, so I did the interview in my hotel room like some kinda wannabe bigshot.

Not only that, but they wanted me to design the cover for the issue. When they said I could do whatever I wanted, I blurted out “I wanna put a panther on it!”. They were onboard, and you can see the final illustration above. All kinds of fun making that thing.

Now, you can read the entire interview right here, but if you’re on an iPad I strongly suggest downloading the mag for the full interactive version. It’s beautifully designed, you can see in the shots above.

A huge thanks to the team at Adobe for the feature!