I left off with the Odyssey story as I was re-designing The Planet characters in an attempt to adapt them to a line of designer toys (see Part V: A New Start) which had me doing a lot of research into the hip and cool toy scene. As I stated before, I’ve wanted to design my own toys since I was 7 years old and had that dream re-kindled with the rise of Kid Robot and other designer toymakers a number of years ago.

After completing the updated wireframes I posted in the last installment I had a better idea of how The Planet figures might work in 3-dimensional form. So to move to the next stage I had to understand more clearly how an unpainted toy might look. My primary weapon for the Planet has always been vector, so I proceeded to add simple gradients to the wireframe to show highlight and shadow. 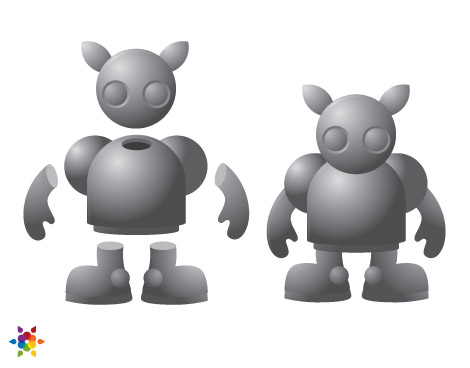 I was fairly happy with the pose and stature of the character at this point, so it was time to add some color based on my original concepts developed a couple of years prior… 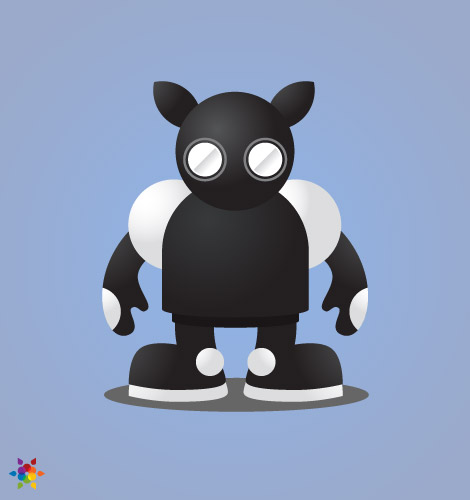 The character was starting to come to life again, and now came the step I was most looking forward to. Naturally, I was thinking about the backstory while developing the new concept but it needed to be revised to add a bit more life to the idea. Having 3 characters with basically the same paint job worked for the original project idea, but wasn’t all that interesting when you start thinking toys. I needed more color and personality from the design to really make it work.

Here are some of my initial color experiments: 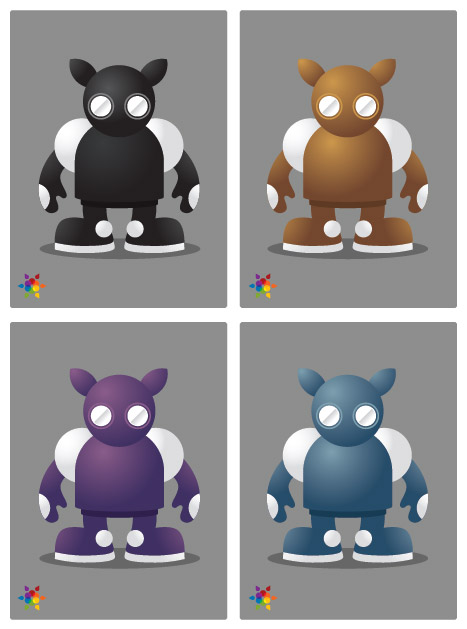 While designing at this stage I went to my local comic shop and picked up I am Plastic, a book chronicling the designer toy movement over the years. The book was a tremendous help in getting my creative juices going but one thing jumped out at me, bears. There was a huge number of cute toys in the book donning the same little bear ears my characters had, so I worked on changing the head design a little bit . . . something more dynamic. 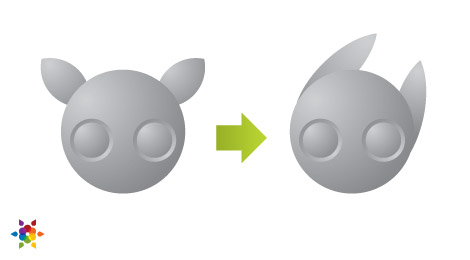 Nostalgia naturally took over, and I started thinking about the toys I loved when I was a kid. Transformers, GI-Joe, He-man, the Teenage Mutant Ninja Turtles, Voltron and a bunch of others in an attempt to figure out why those toylines caught my attention 25 years ago. They were all basic designs (with the exception of Transformers) with bright colors and distinctive symbols that differentiated the characters from one another. The Ninja Turtles had nothing more then different colored masks, pretty ingenious.

After a lot of sketching, color experimenting and writing, the toyline really started to take shape after I added a bit of logo design and color treatment to my simple concepts. Suddenly, even though the character model is the same across the board, the characters were separated from one another using simple colors and symbols yet worked as a team, just like those toys from my childhood. They now had personality, style, powers and most importantly . . . names! 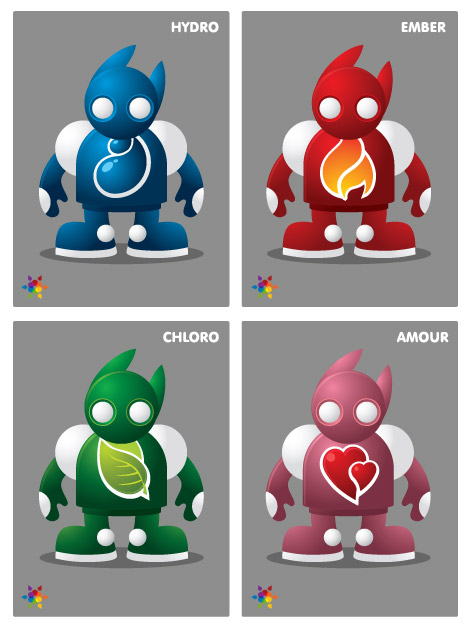 It struck me soon afterward that the original title for this project ‘The Planet’, which I continued to call it wasn’t going to work anymore. It had grown outside of the original scope, was a little too vague, and I needed something that would reflect the team that Hydro, Ember, Chloro and Amour were part of. It needed to be dynamic, original, cosmic and most important of all it needed to be exciting.

I enlisted the help of Sameen, the wizard of words that she is to help me name this team of colorful little heroes, and she didn’t disappoint. 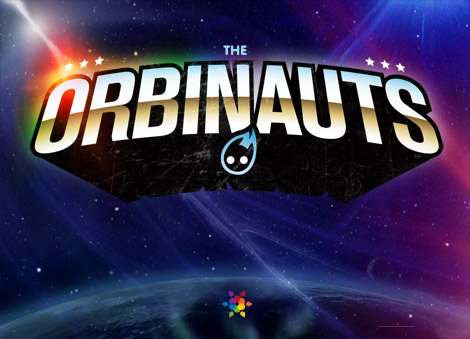 Next up, the final chapter: Part VII: Long Live the Orbinauts!

Need to catch up on the previous parts of A Signalnoise Odyssey? Be sure to check out: