We left off with all of the conceptual sketches, designs, identity and animation tests being complete on The Planet, and I was ready to move onto the arduous task of storyboarding and animating out all of the storylines I had written. The project had been fun until the thought of hours upon hours of animating in Flash was upon me, so things quickly fell apart by way of distraction and lack of time. This happened with many of my creative endeavors over the past 10 years, and the poor Planet project was no different.

I had never lost track of The Planet and would occasionally doodle the little guys in my sketchbook, or re-open the Illustrator files to look at the motley crew I had designed. It was my first attempt at creating an ensemble cast so I was proud of them, and wanted to someday finish what I had started in one form or another. 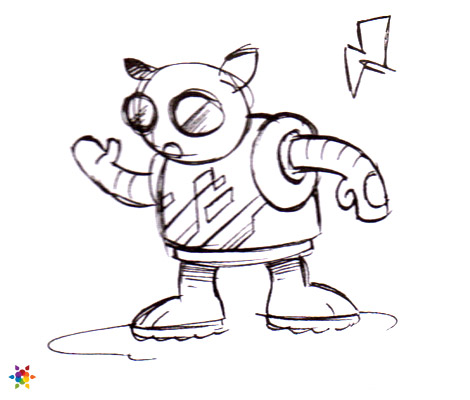 Fast forward to last November, 2008. I had been running the Signalnoise Store for about 10 months and was exploring a few other project ideas for a change of pace, just to do something different from poster design. While outlining some ideas at my local watering hole one evening, The Planet popped back into my head. I started doodling the little characters once again and thinking of a way to re-open the project. It needed to be fun, something I could get excited about. Finally it hit me.

My good friends Chris and Sameen were big supporters of The Planet as a concept, and they saw all of the designs as I was creating them offering me feedback and encouragement the whole way. While sketching that night I remembered something Sameen had said to me very early on…

“I would love to have toys of these guys on my desk!”

Great idea, her thought really got me considering the designer toy scene and reminded me that I had wanted to design toys since I was 7 years old. So I started sketching out the main Planet characters from the perspective of a designer toyline to see what I could come up with. 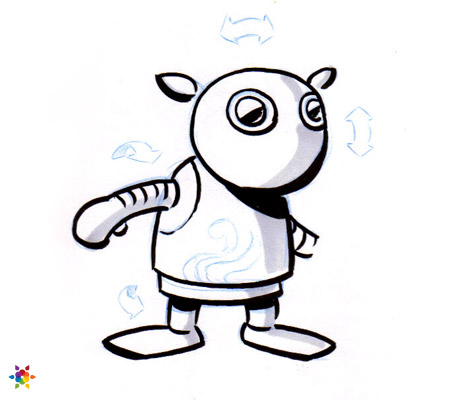 The project had shifted, once again, into a direction I had very little experience in. Would The Planet translate into toys? Would they be cool enough to stand on their own without the help of a marketing stunt, like a cartoon or comic book? Could I maintain some of the back story I had developed along the way to add life to the little guys? I had lots of questions but a lot of fun research to do on what was happening in the global toy scene.

So after a lot of sketching, researching and pondering how I saw these little guys translated into a fully tangible toy, I opened Illustrator once again to start developing the concepts. My previous 2D designs wern’t going to cut it as a toy, so I had to re-think the overall design while maintaining some of the spirit of the previous concepts. Not exactly an easy task.

So after a few attempts, here is one of my vector designs where I was exploring character form and articulation. 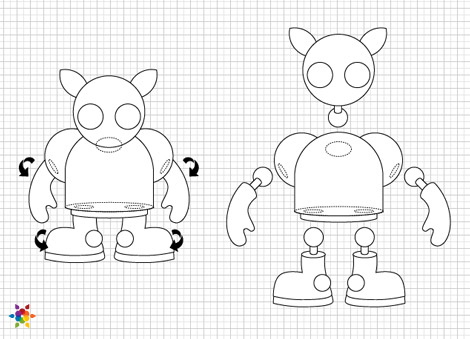 Next up: Part VI: Stranger in a Strange Toyland