After creating the main character concepts (see Part I) as well as refining the design in vector format (see Part II), I was now at a critical point in the project which was mapping out exactly how I wanted it executed, in what medium, and what additional elements or characters I needed to create.

While designing, I had been loosely thinking about what the characters might look like in motion with different scenes, angles and poses. So I decided my little alien robots would be the lead characters in a little online animation project, maybe webisodes or a few short films. I would write and animate everything in Flash with some painterly backgrounds, an ambitious but fun little project I simply dubbed The Planet. 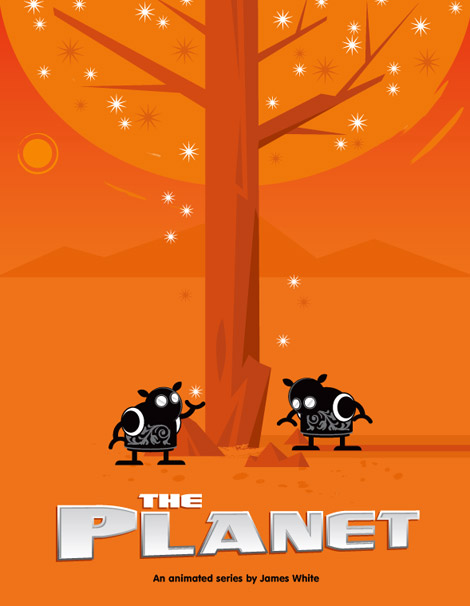 With that decision made, I set about writing some basic outlines for plots and stories I thought would be fun to work on. As the story grew I started adding more characters into the mix to foil, and be foiled by, the Brothers. These additional characters got further flushed out as I bounced ideas off of friends for plot ideas, and I eventually started the design process to see what these guys looked like.

The first was the main bad guy, the Coyote to my little Roadrunners, who I wanted to resemble a small spoiled child. His name is Ikaru: 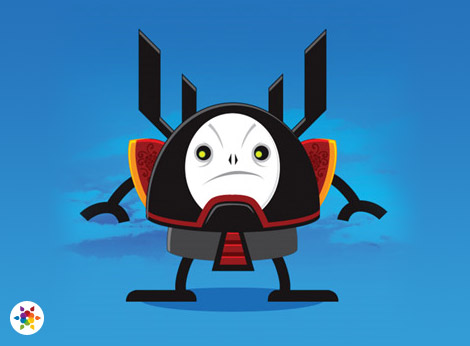 Darth Vader had his Stormtroopers, and I wanted Ikaru to have his own posse of minions to do his dirty work: 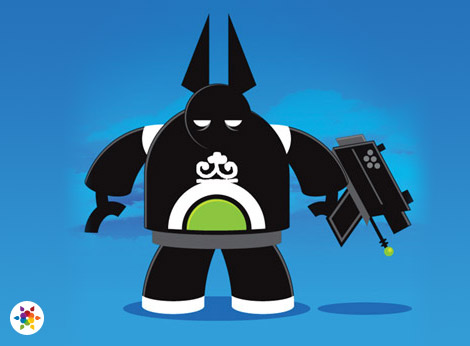 And a race of super-intelligent robo-beings I simply named The Elders. Nobody knows whose side the Elders are on: 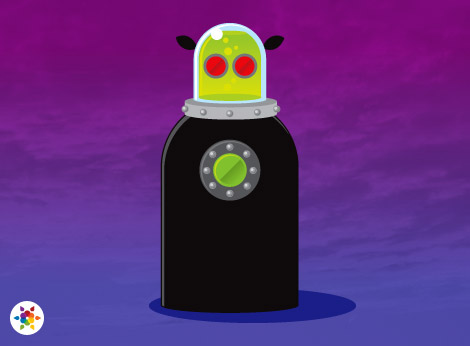 And what bad guy would be complete with a castle lair where he can plot the demise of his unsuspecting enemys? As a kid, I always loved how elaborate the villains’ hideouts always were, so here is a concept design for Ikaru’s castle: 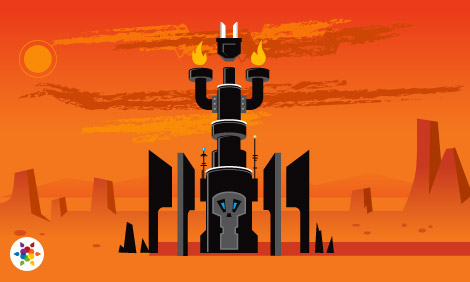 My overall goal for creating a cast of characters was to not only make them unique from each other, but paying strict attention to how they looked as a whole. Styles can change, but they needed to look consistent as a group to enforce they were from the same universe, or planet in this case. I have been drawing cartoons my whole life, but with this project I was concentrating on applying my design abilities to keep things as consistant as I possibly could.

So at this point I had a more explored idea of the band of characters that inhabited The Planet, and a good idea of how they interacted to one another based on their archetypes. It was then time to move from the conceptual stage and into some pre-visualization and storyboarding based on the storylines I had come up with, and the trials that come with it.