Part II: Rise of the Brothers

Here is the second part of A Signalnoise Odyssey, a series of posts where I’m outlining a project I started 3 years ago, the processes involved, and where the endeavor has led.

After drawing my little robot character for a week or so (seen in Part I: A Long Time Ago…), I naturally started to build up his personality in my head while expanding on some design ideas. I started thinking about his purpose, an environment he might reside in, and ultimately what his origins might be. I always saw him wandering about a forest on a distant planet, which sounds like a lonely existence for such a little guy, but more about that later.

My next step was to move into Illustrator and sharpen things up. I always do a first vector version quickly to nail down posture and expression in a very 2D manner using basic shapes, which led to this version of the little robot: 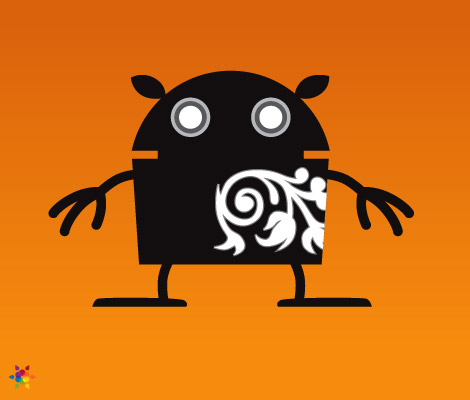 The funnest part of making this very rough version was messing around with the floral design on his torso. Offsetting it over his arm, imagining what it might look like in rotation, the variety of different styles I could pursue, etc. A lot of fun was to be had.

Over the next few days I started moving the design into something a bit more 3-dimensional still using strict vectors and basic shapes while continuing to experiment with floral designs from various dingbat sets I downloaded. As I said earlier, I imagined this little guy in a fairly lonely existence which is pretty unfair :) But through experimenting with the new design and different patterns, the Brothers were born. 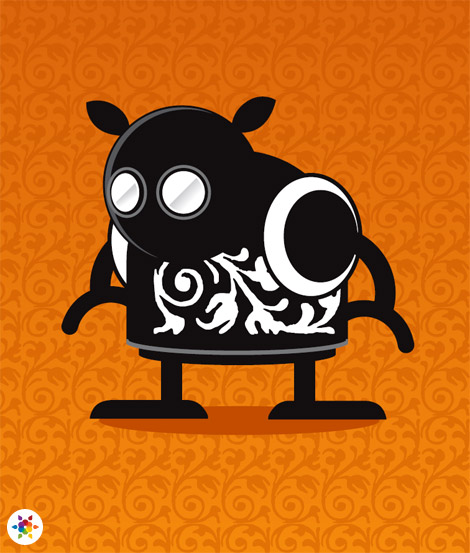 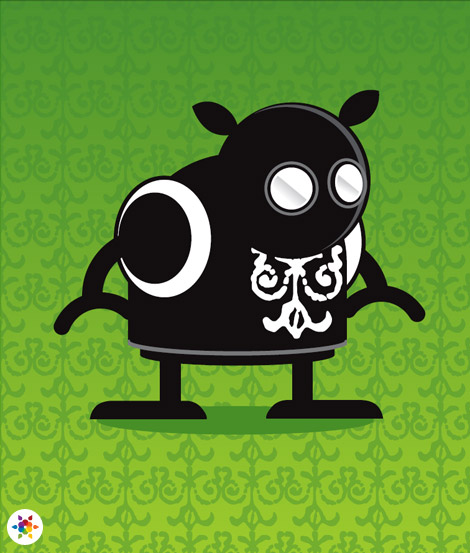 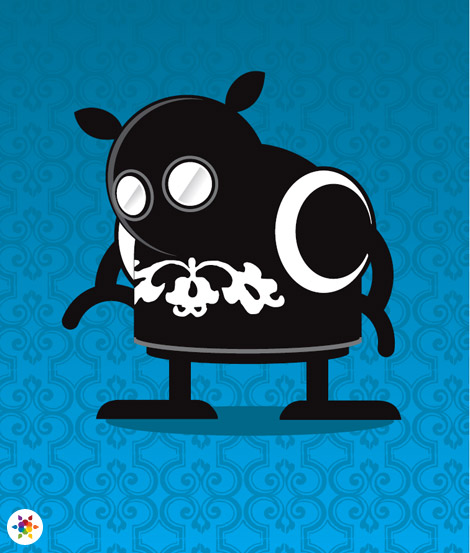 I nudged the design more in the direction of my initial concept sketches while trying to maintain the posture, expression and general silliness of the flat vector version.

So what started as a little sketch had grown into a little band of forest-dwelling robots. But the obvious question was what did the forest look like? I wanted something simple to compliment the shapes of the Brothers, but it needed to be alien enough to make it distinctive from anything found on earth. I opted for the biggest different being expressed through color, which set me free to design a simple environment for the Orange Forest where the Brothers could peacefully go about their business.

I first painted things out quickly in Photoshop… 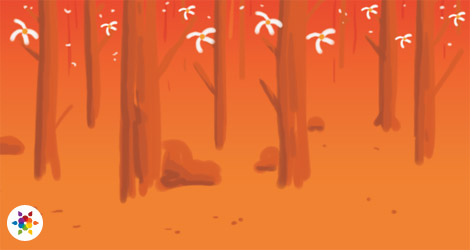 … then moved into Illustrator to clean things up and design the landscape around the characters. 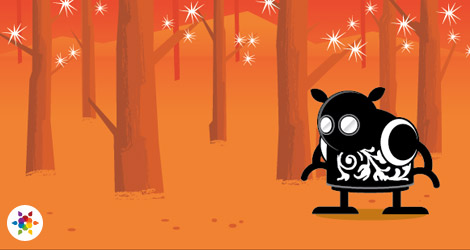 I had been watching a lot of Samurai Jack at the time, and the Asian style Tartakovsky used for his background designs had an influence on what I wanted to achieve.

Things were now starting to take some shape, but I had still done very little planning as to what the Brothers actually were, what they did in the forest, where they came from and ultimately what I saw this project becoming. Every character needs a good backstory to give them purpose, so for the next several weeks I set about exploring the orange world where the Brothers lived and what they might encounter along the way.